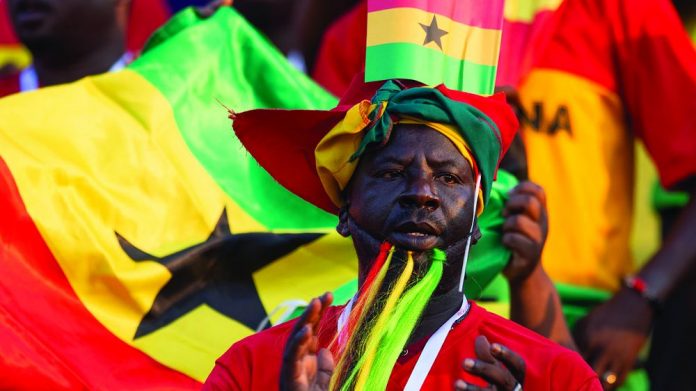 The Ghana Football Association is demanding that sports betting companies seek authorisation from the league before taking bets on local football. The unusual stance comes from the body’s newly elected president Kurt Okraku, who has issued a raft of new regulations, including one of turning the association into a licence issuing authority for sportsbook markets on the Ghana Premier League (GPL).

In a statement the GFA said that not a single sports betting operator had permission to take wagers on the league – and called on the Gaming Commission of Ghana to address the “illegal activities of their licenced betting companies against the GFA and its members”.

“The GFA, in exercising its exclusive right as the owner, organiser, controller and manager of the Ghana Premier League, wishes to caution all betting companies to desist from placing odds on Ghana Premier League matches without the necessary authorisation from the GFA,” the Association explained.

“The GFA seriously frowns on such flagrant violation of the marketing and commercial rights of the Ghana Premier League, and will not countenance any ambush marketing on its product.

“We strongly warn all betting companies to stop placing bets on the Ghana Premier League or any GFA product without authorisation from the GFA; failing which the Association will take legal action against them without further notice.

The legal basis for the move is unclear: intellectual property rights in this area have yet to be tested in the country’s courts. Nevertheless, the GFA said it would, in the meantime, be pursuing retroactive measures against firms. “We have instructed our lawyers to take action against betting companies who placed odds on Ghana Premier League matches last weekend without authorisation,” it added.

The development is only the latest shake-up from Okraku, who was elected to head the association in October, which also include changes to TV distribution rights; new pay incentives for national team coaches, to “ensure that only the top-quality talent gets national attention.”

The Association was also implicated in an alleged “fake friendly” last month, which the GFA’s academy was accused of organising, purely for betting markets. Okraku’s predecessor, Kwesi Nyantakyi was banned from Ghanaian football for life in 2018, after being found guilty of bribery and corruption.

Ghanaian sports consultants, and former Hearts of Oak manager, Neil Armstrong, said he agreed with Okuru’s decisions, an that he struggled to see why betting firms should continue piggyback on the league without paying in.

“For me we should talk about this from a marketing perspective: I own a property, you want to exploit that property in some way to earn some revenues. Certainly, you’ve got to confirm that with me, if you want to use my property,” said Armstrong, “I’d reckon that there has got to be some conversation between the betting companies and the FA to come to an agreement – there’s got to be some benefits.”

“There’s got to be some benefits, it cannot be the case that you just take and benefit from it with any value coming to the FA. I struggle to understand how that works.”