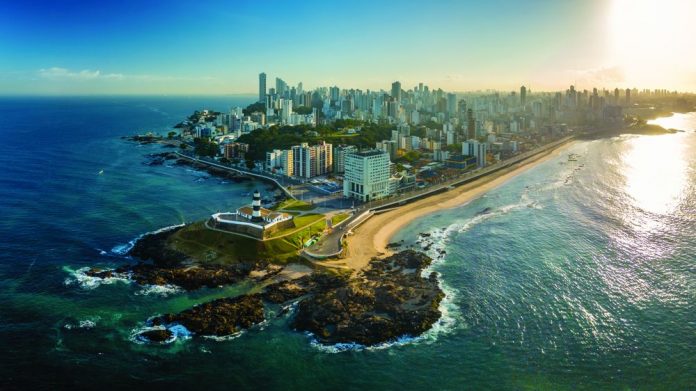 Having missed its provisional deadline in December, the Brazilian Ministry for Economy is now planning to release full details of its forthcoming sports-betting and gaming regime in early Spring, according to government officials.

The Brazilian Ministry for Economy is plumping for a March deadline by which it aims to clarify a number of questions relating to its future sports-betting regulation, from taxation and licensing fees to advertising standards and social responsibility. Following an intensive period of consultation and review on the upcoming legislation, the Secretariat of Public Policy Evaluation, Planning, Energy and Lotteries (SECAP) released the first details of its new regime in September last year.

Following industry push back against initial proposals for a three percent turnover tax rate, SECAP also revised this to one percent of turnover in its draft Presidential Decree, allowing operations in the region to keep 99 percent back to cover pay-out, maintenance costs and operator winnings.

Meanwhile, would-be permit-holders were also told that they would require financial reserves of R$6 million (€1,288,000) in order to guarantee that customers would receive their winnings in the event of bankruptcy or closure – although according to SECAP, this could be tripled to R$18 million (€3,863,000) in the final Decree.

Commenting on the terms set out in the draft, SECAP official Alexandre Manoel Angelo da Silva praised the “flexibility” of the legislation, saying he thought it would allow a wide range of companies into the regulated jurisdiction.

“We consider this to be the most adequate licensing regime and regulatory framework as it gives flexibility and allows various companies to operate in the market,” he told local news sources at the time.

But many industry stakeholders have baulked at the prospect of the high operating and licensing costs, with some experts arguing that the regulations will be prohibitive to local operators looking to take a slice of the market.

Speaking to the iGaming Times in December, Neil Montgomery, founding and managing partner at Montgomery & Associados, said it was clear that the legal framework was intended to only attract “financially sound” players to the market.

In addition, though the final draft of the new regulations have been eagerly awaited by firms looking to enter the market, it seems the potential costs of entry may not be the teething problem ahead for the new jurisdiction.

As operators attempt to calculate their overheads, many stakeholders and legal experts are still unclear whether the Presidential Decree published by SECAP or Law No. 13,756/2018 – the original law mandating SECAP to regulate sports-betting – will take precedence when the new regime is implemented.

According to Montgomery, since a Presidential Decree cannot contradict or override an existing law – being intended to be used to supplement or expand on it – the lower, one-percent turnover tax rate and charges set out in the Decree will need to be officially signed into law before they can be implemented.

In the meantime, the conditions set out in Law No. 13,756/2018, such as a three-percent turnover tax and obligations for online operators to distribute almost 90 percent of turnover in taxes and prizes, will remain in place.

“Another issue detected has been with the inspection and authorisation/licence fees payable by licensed operators to the Brazilian Federal Government, which are still under discussion,” added Montgomery.

“In this regard, Law No. 13,756/2018 contemplates the creation of inspection fees, which will vary according to the amount of monthly payout effected by each operator.” While the financial details remain to be clarified, one thing remains clear: with around 150 new entrants to the Brazilian market expected in the first few years of opening, it’s set to be a highly competitive space with tough enforcement measures for non-compliant operators.

“The intention is for the regulator and law enforcement authorities to cease being lenient on enforcing the legislation,” said Montgomery.

“SECAP has openly stated that once the licensing procedure is made available and licences have been awarded to operators satisfying all regulatory requirements, unlicensed operators (even if located overseas) will see enforcement measures being taken by the regulator.

This will require the Federal Police and the Judiciary to cooperate.” He continued: “Further, at the Online Gaming Summit in São Paulo in December, CONAR, the self-regulatory advertising watchdog, also publicly stated that it would take a pro-active approach in overseeing advertising in this soon to be regulated industry, which it hopes will be responsible and compliant with the law.

“If enforcement is indeed sought by the various stakeholders involved in the industry, this will provide greater legal security to operators that did all their homework in securing a licence.”