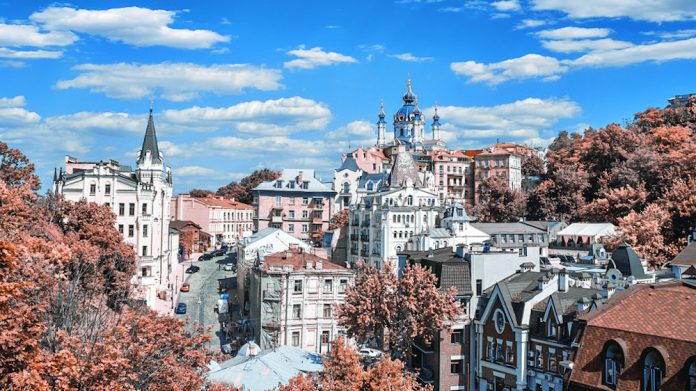 The Ukrainian parliament has passed the first draft of a bill that seeks to legalise all forms of gambling, but with several details still up for debate – from taxation to licensing conditions – the bulk of the new regime is yet to take shape.

A bill that would regulate online and land-based casino, sportsbetting and lotteries has successfully passed the first hurdle in its journey through the Ukrainian parliament, securing 260 votes in favour at its first reading on 16 January. The move marks a major step forward in the opening of what could be a prominent European market, although several critical elements of the new regime, including taxation, have yet to be finalised by lawmakers.

According to Ilya Machavariani, head of Russian and CIS Gambling and Gaming practice group at Dentons law firm, the events that occurred this January mark the beginning of the end in a fierce process of legal wrangling and accusations of corruption.

Until now, gambling has remained something of a taboo across the CIS region, with top political figures branding the practice immoral and harmful to the social fabric. “Since 2009, gambling of all kinds has been banned in Ukraine,” explained Machavariani.

“The gambling ban was mainly tied to the typical post-Soviet ideology that all forms of gambling corrupt society’s moral wellbeing. This was the case in Russia back in the 2010s and still is today to some extent – although this may soon be changing now that the former head of the Russian gambling regulator has become the new prime minister.”

The process of legalisation began late last year after the newly elected president Volodymyr Zelensky announced that the owners of 5-star hotels along the Black Sea coast would be permitted to build casinos on their premises in order to create touristfriendly resort facilities.

When his bill was introduced to parliament in October 2019, however, the legislation also set out overarching reforms to Ukraine’s current gambling system, with the government proposing to legalise and regulate both landbased and online sportsbetting, casino and poker in one fell swoop.

In response to Zelensky’s bill, parliamentarians scrambled to put forward their own visions of regulated (or, indeed, unregulated) Ukrainian gambling. In a matter of days, at least seven other draft laws had been introduced in quick succession, each with their own unique take on the matter – from continuing the outright ban to placing illegal gambling under greater scrutiny.

“These seven drafts demonstrate one of the mainstays of post-Soviet political processes,” said Machavariani. “There is always a struggle between what was initially proposed by the top levels of government and the contradictory interests being pursued by the various groups of interested parties.”

By the end of the year, four more bills laying out four new views on the matter had been added to the clamour of voices. “Ultimately, the parliamentary committee reviewed all of these bills and recommended consideration of only one of the alternatives,” said Machavariani.

“That turned out to be the one that was introduced by the deputies that had been behind legalisation from the very beginning as this bill represented a middle ground between all existing drafts. Despite this recommendation, none of the bills passed their first reading in December, which is when things started to heat up.”

The morning after the votes, Zelensky ordered a crackdown on illegal gambling premises in Ukraine, claiming that lottery kingpins and other special interests had influenced the rejection of the bill.

This aggressive strategy ultimately bore fruit, with the bill that was originally put forward by the parliamentary committee being voted through by the deputies this January. The bill sets out provisional licence fees of €11,250,000 for online casinos, €21,600,000 for sports-betting, and €450,000 for online poker firms.

It also makes provisions for a new gambling authority and online monitoring system and mandates the option of self-exclusion for problem gamblers. The legal gambling age will be set at 21.

But while the legislation has now achieved majority support in parliament, there are several issues that will need to be ironed out in the coming months, according to Machavariani. These include the high licensing fees, details of the new licensing conditions and the rate of taxation, which could either be set at 7.5 percent GGR for sports-betting and 12.5 percent GGR for all other forms of gambling, or 20 percent GGR across all verticals.

“Considering the run up to the firstreading passage of the gambling bill (12 bills and the nationwide closing of all illegal gambling establishments), we can be sure of one thing – there are still a few bumps ahead on the road to Ukrainian gambling legalization,” he said.

“Ukraine still needs to pass the law in its final form and establish the gambling regulator, which, in turn, has to adopt the licensing conditions and jump-start the Ukrainian gambling market in the coming months.”