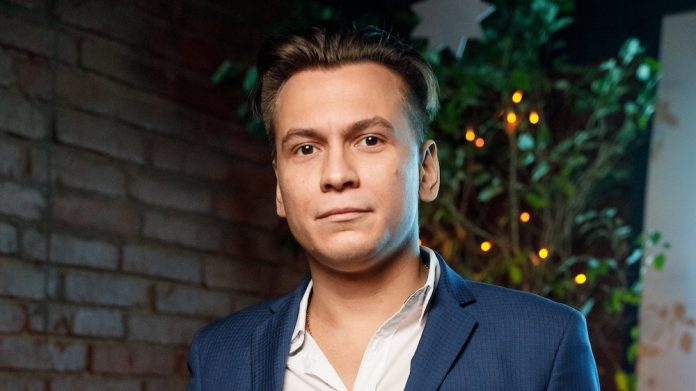 As virtual reality (VR) becomes populated with more people, places, and games to play, Betinvest Chief Research and Development Officer, Igor Popov, explains how the company is utilising the technology not just to increase player entertainment and engagement, but also to provide solutions for the industry that are both cutting edge and cost-effective.

Futurist and Google director of engineering Ray Kurzweil has given humanity until 2045 before the lines between virtual reality and physical reality become so blurred that nobody will know the difference. But to reach that point, this virtual future must be built one brick at a time by the tech-experts of today. Some of these world-builders are creating virtual estate agents with fully viewable virtual properties, while others construct virtual showrooms with cars that can be taken out for a virtual test drive. Meanwhile, Betinvest’s Chief Research and Development Officer Igor Popov oversees a team of engineers and developers that are building the virtual future of the gaming industry.

“The gaming industry is one of the first to have been affected by VR: while companies are vying to win over players, virtual reality has provided several solutions to their needs,” he explained. “First of all, it has drawn in new players: people who never previously showed an interest in gaming or weren’t fans of any game in particular. The novel form of gaming excited the interest of not only regular gamers, but also those who are new to this world. Secondly, VR has broadened users’ experiences: it has given them the chance to play in a whole new dimension, with the feeling of being physically immersed in the game. You don’t just play the game – you’re in it. And thirdly, virtual reality has raised gaming standards: other online games are now in competition with VR games. Providers and operators are therefore improving their games, by introducing more complex graphics, adaptations for various devices, and better bonus offers so as not to lose their most loyal players.”

Over the last few years, Betinvest has seen the demand for VR products soar from both players and the wider industry. The challenge with VR, however, has always been its barriers to entry, whether it’s the cost, clunkiness, or the amount of time it takes to set-up. Since the release of the first modern VR headset in 2014, progress has been made in all regards, with Popov detailing how Betinvest has made sure their VR slots are as accessible as possible for players.

“In response to the requests of our players and key trends in the gaming industry, we have broadened our range of in-house online slot games with inbuilt VR technology,” he said. “To immerse themselves in slots with advanced graphics and a user-friendly interface, all players need to do is to connect their VR headset to any device with access to the internet, open their browser and start spinning. There’s no need to download the software or use any complicated devices – everything’s there so players can start their VR experience quickly and easily.”

The industry will see Betinvest’s VR slots for the first time at ICE London 2020, where the company will also show a special offer for land-based casino operators. With Betinvest, physical gaming venues can be virtually recreated so that operators can offer players the full experience of their casino to players anywhere in the world.

“Our team of developers can faithfully recreate the inside of a real casino in VR,” concluded Popov. “So, casino owners can bring in new players, and the players will be able to experience the real deal without even leaving home. Our VR casino is a cutting-edge solution which will help you expand your current gaming business.”

Industry stakeholders interested in trying out Betinvest’s games can visit the companies stand, S2-324, at ICE London 2020 on 4–6 February. A meeting can be arranged with the company at: https://www.betinvest.com/events/ice-london-2020/.