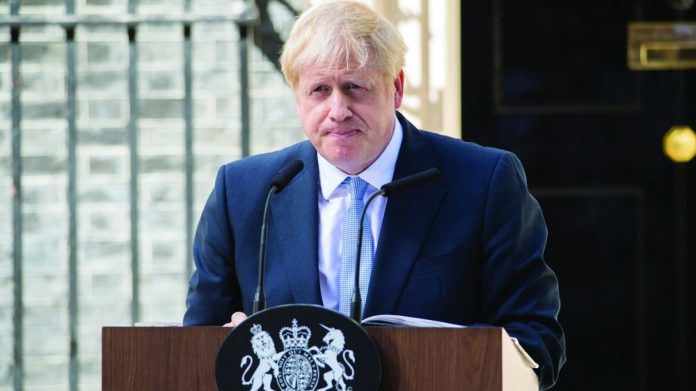 Business has bounced in the wake of an emphatic election victory for the Conservative Party. For gambling companies this may be seen as the least-worst outcome, yet given the sentiment of parliament, bolstered by pledges made during the campaign, 2020 will undoubtedly see further restrictions to the UK market.

A Conservative landslide in the 12 December general election has finally assured the UK’s departure for the European Union in early 2020 – giving an initial boost to British business.

The pound rose to £1.35 against the dollar in the immediate aftermath of the vote, which saw the incumbent minority government return to power with a majority of 80 in the commons. Companies exposed to either ongoing Brexit uncertainty or the prospect of Labour’s tax and nationalisation plans, also saw their stocks rise.

The FTSE-100 was up 79.7 points on the day of the result, and the FTSE-250 rose 3.4 percent, hitting a record high, while certain London-listed gambling groups got a particularly favourable response from traders. William Hill’s shares gained 7.4 percent and GVC’s by four percent.

The British Horse Racing Association said it “welcomes the clarity” which the election result has brought for its industry “particularly relating to Brexit.” However a new parliament and a new year does not necessarily equate to a new leaf for the wider gambling sector, especially online.

Whilst the Conservative manifesto was thinner on gambling policy than Labour’s plans (which explicitly included advertising restrictions, online stake limits a mandatory on percent levy) the newly elected government won on a platform to “review” the 2005 Gambling Act.

This parliament en large is also firmly committed to a wholesale review of gambling legislation, with all the major parties having pledged further restrictions. Moreover, almost all of the most prominent anti-gambling voices in the commons have retained their seats.

The Queen’s Speech, has already confirmed that a review of the Act will take place this year, and with “particular focus on tackling issues around online loot boxes and credit card misuse.” However the make up of parliament and ongoing reviews into the sector, suggest this is more than likely just for starters.

“Based on the government’s concerns to address all forms of online harms, my money is on its review extending into quite considerably wider gambling territory,” said David Clifton, licensing expect and director of Clifton Davies Consultancy (see Comment).

“The charge is likely to be led by Conservative Party Peer Lord Chadlington and former leader of the party Iain Duncan-Smith, with Father of the House Sir Peter Bottomley bringing up the rear. They are all Vice-Chairs of the All-Party Parliamentary Group for Gambling Related Harm, whose interim report published in November called for, amongst other things, imposition of online stake, deposit and prize limits, improved affordability checks, abolition of both credit cards and overdrafts to fund gambling, a review of bonus and incentive use by operators, a statutory levy of one percent GGY and stronger enforcement powers for the Gambling Commission.”

Other leading anti-gambling figures in the commons include the health secretary Matt Hancock, and former gambling minister, Tracey Crouch, both of whom were instrumental in cutting FOBT stakes down to £2 last year. While Labour’s Carolyn Harris, chair of the All-Party Parliamentary Group on Gambling-related Harm, and the SNP’s Ronnie Cowan, are also likely to continue making the case loudly for tougher regulations.

Meanwhile, the Gambling Commission will continue its own agenda, announcing the results of its review into gambling with credit cards in March.

In all, the UK market is almost certain to be both smaller and more tightly controlled after 2020 is over, leading to more consolidation and more efforts to seek revenues from abroad.

According to Irena Scullion, senior manager at Ernst and Young, the uncertainty around the election has been “incredibly difficult for the industry to be able to plan for.” Yet such uncertainty is not restricted to the UK, with various regulatory initiatives taking place internationally, with significant implications for global online revenues.

“One of the more relevant points to the industry is the taxation of profits made through the digital (online) economy,” Scullion noted.

“The questions of which jurisdictions profits should be attributed to, as well as why they should be taxed there, is the focus of the G20 and the Organisation of Economic Cooperation and Development (“OECD”). This highly politicized question brings challenges to the traditional approaches to transfer pricing and the “arms-length” basis for profit attribution which has been used for a number of years.

“Whilst this may seem to be a niche area, it is important to remember that most Betting & Gaming groups are international by their very nature and often, for regulatory purposes, operate in lower tax jurisdictions.”