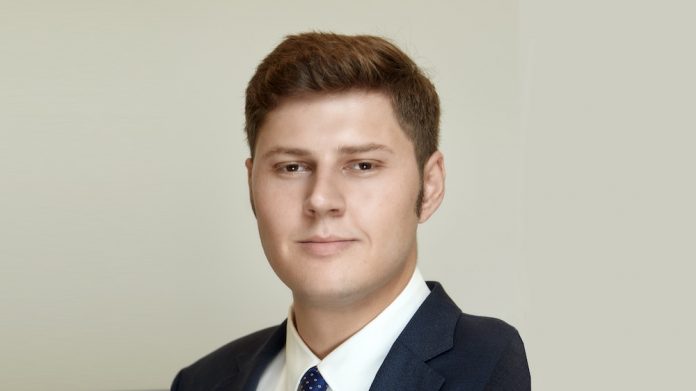 As Ukraine’s a new gambling bill makes its progress through parliament, Ilya Machavariani, head of Russian and CIS Gambling and Gaming practice group at Dentons law firm, takes us through the story so far and offers an expert perspective on how the regulation may take shape over the coming months.

As is now well known, on 16 January, a new gambling bill passed its first reading before the deputies of the Ukrainian parliament (Verkhovna Rada), signaling a positive development for everyone keeping an eye on this soon-to-be legalized Eastern European market.

For those who are unfamiliar with the history of the recent Ukrainian gambling initiative, below we provide a brief overview of the events preceding the first reading of the gambling bill.

Since 2009, gambling of all kinds has been banned in Ukraine. The gambling ban was mainly tied to the typical post-Soviet ideology that all forms of gambling corrupt society’s moral wellbeing. This was the case in Russia back in the 2010s and still is today to some extent (although this may soon be changing now that the former head of the Russian gambling regulator has become the new prime minister).

In any event, this ban inevitably led to the rise of an illegal market, which was prospering on both the streets of Ukraine and the .ua Internet domain until the end of 2019.

Ukrainian legalization began with the recently elected President of Ukraine Volodymyr Zelensky announcing that casinos would be allowed in 5-star hotels on the Black Sea coast.

The initial outline for industry regulation proposed that licences would be granted by the Ukrainian government on the basis of electronic auctions, with the number of available licenses being limited.

These seven drafts demonstrate one of the mainstays of post-Soviet political processes: there is always a struggle between what was initially proposed by the top levels of government and the contradictory interests being pursued by the various groups of interested parties.

Ultimately, the parliamentary committee reviewed all of these bills and recommended consideration of only one of the alternatives. That turned out to be the one that was introduced by the deputies that had been behind legalization from the very beginning as this bill represented a middle ground between all existing drafts. Despite this recommendation, none of the bills passed their first reading in December, which is when things started to heat up.

The morning after the votes, President Zelensky ordered Ukrainian law-enforcement agencies to shut down every illegal gambling establishment in Ukraine. According to the president’s announcement, he believed that certain power groups in Ukraine (possibly lottery kingpins) were behind the negative outcome of the vote, and that this aggressive reaction would speed up the passage of the gambling law.

After that, the winter holidays saw one more alternative bill introduced in the parliament – a bill prepared by deputies who had not been involved in the legalization process. Fortunately, this poor-quality bill was not passed; one example of its flawed logic being that it treated online and land-based casinos as similar businesses, stipulating that both should be operated under a single licence with the same costs associated with both online and offline operations.

In any case, President Zelensky’s approach appears to have been successful, as the bill that was previously recommended for consideration by parliamentary committee finally passed its first reading on January 16. The main pillars of this bill are as follows:

If we were to assess the adopted bill as a whole, it is evident that the Ukrainian authorities still have many key issues left to address further down the road, for instance:

Nevertheless, considering the run up to the first-reading passage of the gambling bill (12 bills and the nationwide closing of all illegal gambling establishments), we can be sure of one thing – there are still a few bumps ahead on the road to Ukrainian gambling legalization. Ukraine still needs to pass the law in its final form and establish the gambling regulator, which, in turn, has to adopt the licensing conditions and jump-start the Ukrainian gambling market in the coming months.

Ilya Machavariani is a gambling & gaming lawyer for Europe, Russia and the CIS. He has extensive experience advising on gambling issues and advises clients on operating in the Russian Federation and the CIS, on the full range of regulations relating to the gambling, as well as drafting necessary contracts and internal documents. He also handles licensing processes for gambling operators that are entering new markets throughout the world.

He has experience leading and advising on various gambling projects, with focus on regulatory compliance (including AML and IP/IT issues), as well as coordinating Dentons’ teams worldwide providing similar advice in relation to a wide range of jurisdictions.