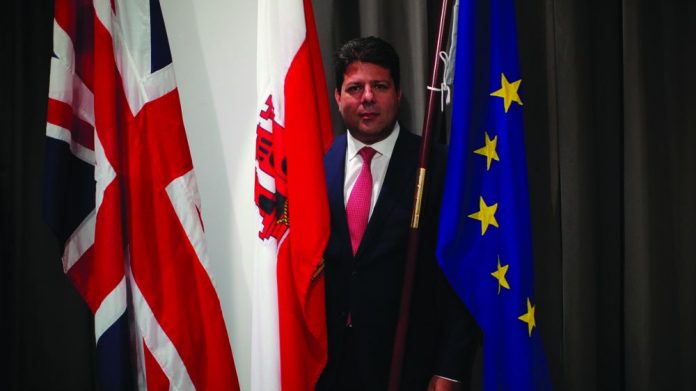 After the Spanish Secretary of State assured Spain would have the “final say” on Gibraltar in any EU-UK trade talks – Chief Minister, Fabian Picarco, assures that the British territory would sooner “walk away” from any deal than let that happen.

The Conservative’s election victory may have given Westminster a period of much needed stability – although the Brexit questions still looms large over the overseas territory of Gibraltar.

The Rock is caught between a no deal Brexit scenario on one side – made all the more possible since an ambitious 2020 deadline for trade negotiations with the EU into British law in December – and the possibility of Gibraltar’s sovereignty being used as a bargaining chip to prevent that outcome. Speaking in the Gibraltarian Parliament, Chief Minister Fabian Picardo echoed Theresa May’s aphorism “no deal is better than a bad deal” in favouring the former eventuality – saying Gibraltar would “walk away” from any deal which gives Spain a say over the territory’s future.

The comments came days after an ominous statement from Marco Aguiriano, Spanish Secretary of state for the EU, who claimed it was “very clear” that Spain would have the final word on Gibraltar in the FTA. “There are many beyond our shores who are foolishly wringing their hands with glee at talk of vetoes and such like,” Picardo said.

“We must not fall into the trap […] of thinking that we must be a part of the FTA to be negotiated between the UK and the EU. That new trading relationship may not include anything of interest to us on the benefit side of the equation and many obligations on the liability side of the equation.”

Picardo went on to say that Gibraltar must be ready “to walk away in the end if the balance of rights and obligations is bad for Gibraltar businesses and bad for the people of Gibraltar. “We must hold our nerve and be ready to do a great deal for Gibraltar.

We must hold our nerve and be ready to walk away from a bad deal for Gibraltar. In this instance, more than in relation to the withdrawal arrangements, Mr Speaker, no deal with the EU may be better than a bad deal.”

Gibraltar’s finance minister, Albert Isola, was quick to elaborate on Picardo’s comments, pointing out that Gibraltar is bound the UK, which accounts for 92 percent of all its trade.

“Whatever the UK does, we’re doing it too,” Isola said.

Isola said the online gambling industry and financial services would maintain a “business superhighway” between the two countries – that would weather any form of Brexit.

“We are creating a new single market, which is the UK and Gibraltar, where Gibraltarian firms will have access into UK markets and UK firms into Gibraltar, to the exclusion of anyone else, because of the unique relationship between Gibraltar and the UK,” he said.

“I think that also it is true that every Gibraltarian will want that to continue and strengthen so when we talk about a relationship, however attractive that could be, with another country – the obvious example is Spain – or the UK, it’s a slam dunk. There’s nothing to talk about.”