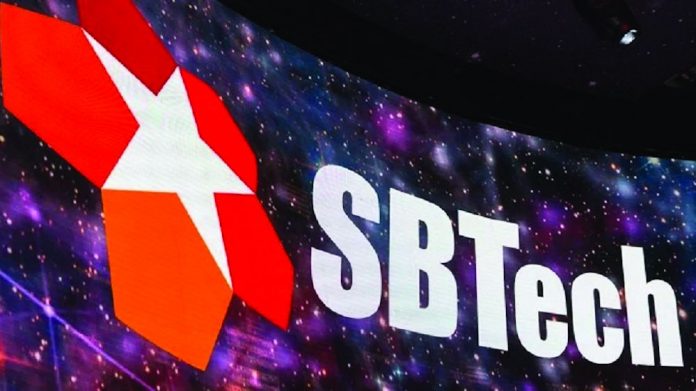 After announcing a gamut of major supply deals both in the UK and throughout Europe, betting solutions supplier SBTech was named Sportsbook Supplier of the Year 2019 at the SBC Awards this December.

SBTech has rounded off a year of major deals with fresh recognition of its prominent place in the UK gaming industry, securing the title of Sportsbook Supplier of the Year at the SBC Awards last month.

Following an impressive twelve months that saw the sportsbook supplier team up with Gamesys to launch Virgin Bet in the UK, the firm ended the year on a high, receiving a hattrick of industry awards that also included Sports Betting Provider of the Year at the Central and Eastern European Gaming Conference and Awards and Best Overall Sports Betting Provider at the SEG Awards.

Judges at the December award ceremony highlighted both SBTech’s cutting-edge and sportsbook and the company’s impressive 2019 commercial success as some of the key factors that made SBTech the stand-out nominee.

The award marks another strong year for the business that has secured numerous highly prized government contracts across the Nordic countries, reinforcing its market position as a leading sports betting and platform technology supplier for global tier-one iGaming and lottery brands.

In June 2019, SBTech also announced a significant B2B sports betting supplier deal in the UK with the launch of the new Virgin Bet sportsbook. This marked the first SBTech partner to build a differentiated UI from its next-generation API’s.

Speaking at the Betting on Sports conference this September, James Coxon, SBTech’s VP of Commercial explained how the company’s hands-on ‘go live’ process had helped it stand out when bidding for new work.

“Once the contract gets signed, we have a kickoff workshop – usually in Sofia – where we invite their project team inclusive of their IT sponsors, and sportsbook and product sponsors to fully scope and spec out the solution requirements,” explained Coxon.

“We work with agile methodology and with a complete testing environment to make sure that every product solution, every version, every release is fully tested to the nth degree before it is released to the customer for User Acceptance Testing.

Once that’s completed, we sign it off as a joint business and we move forward to go live.” In addition to clinching several new deals last year, SBTech has also reaffirmed several long-standing partnerships by renewing contracts with some major sportsbook partners across Europe.

These include ComeOn – one of SBTech’s largest partners with multiple brands in multiple regulated jurisdictions; Bet.pt – the market leader for sports betting in Portugal; Sazka – the Czech Republic state lottery; Rush Partners, an innovative multi-brand football fan themed operator; and Argyll, owners of the Sportnation and Redzone brands in the UK.

Following on from this year’s contract wins, 2020 will see SBTech’s multi-channel platform provide retail sports betting in thousands of venues from Scandinavia to the US as the company looks to continue its global expansion and cement its position in existing regulated markets.