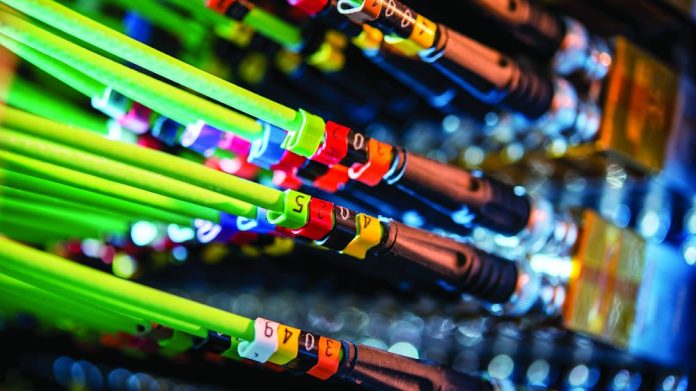 The $360m in FDI pledged to Nigerian payments ventures in November will put rocket boosters on already flourishing digital sector. Yet local legislation is still stuck in an analogue age, say partners at Lagosbased law firm, Aluko & Oyebode. Much will depend on how lawmakers respond.

Nigeria is becoming a leading hub for African fintech after £360m was invested into payments ventures in November alone – equal to a third of all venture capital raised across the continent last year. The flurry of funding is likely to be a boon for the online gambling sector. Yet the scale of ongoing private innovation will soon require new legislation, analysts warn, which could spill over into gaming law.

In one of the most highprofile examples, Interswitch received a $200m investment from Visa for a 20 percent stake in the firm, making the local enterprise Africa’s second tech unicorn.

The firm, which provides much of the infrastructure for Nigeria’s online banking and offers customers in 23 Afrcian countries digital payments via ts Quickteller app, is rumoured to be preparing an IPO next summer.

The Palm- Pay app will now be preinstalled on all Transsion’s devices, giving it a reach of some 20 million consumers. Meanwhile, Chineseowned, OPay (which also provides Nigerians with taxi-apps ORide and OCar and food delivery service OFood) received $120m in second round funding – and now plans to expand to Kenya, Ghana and South Africa.

These innovations represent a tightening of competition for the incumbent tech giants already in play across core Afrcian market, such as online retailer Jumia and Vodafone’s mobile money platform M-Pesa – a big player in African betting transactions – promising to push down prices and broaden access even more.

Thus far that state has taken a watch-and-see approach, cautious to choke off private innovation before the benefits are made more clear.

Yet the current legal framework, which relies on legisaltion pased in the nineties (eg the Banks and Other Financial Institutions Act 1990 and the Investment and Securities Act 1999) does little to control modern digital issues such as data protection, cybersecurity, crossborder transactions, principles of contract, exchange control, taxes, money laundering, fraud and terrorism financing.

Gambling law is also struggling to keep pace. Licences are technically issued by the National Lottery Regulatory Commission, although there have been a number of cases where local authorities have demanded dual licences.

“Nigeria’s regulatory framework can, at best, be described as ad hoc and is still dependent on regulations and legislation that were passed during the Third Industrial Revolution to regulate traditional financial services institutions and products,” said the lawyers, “and are not fit for the purpose for which they are now sought to be used.”

CASTLES IN THE SKY

One suggestion from the team at Aluko & Oyebode is to introduce “regulatory sandboxes” similar to those adopted in the UK and elsewhere, and which the Nigerian Securities and Exchange Commission is currently looking into.

A sandbox enables innovative firms to develop and test new products outside the confines of old legislation, while the government can collect vital data on their potential socioeconomic impact before drafting more comprehensive regulations.

“If the regulatory sandbox is implemented properly, companies and entrepreneurs will have access to an environment in which to test their products and work with regulators to design the necessary regulations and consumer protections.

This will help to create a much-needed balance in the Nigerian regulatory environment and provide the CBN with a better understanding of the fintech products to be introduced to the market.” Alternatively the government may decide to adopt a self-regulatory organisation (SRO) approach, instead or in conjunction with a sandbox.

Because SRO’s enable industry experts to shape regulation, they are perhaps better at addressing more technical issues. “Although this concept might be of interest to fintech companies, it is unlikely that the Nigerian regulators will pursue it,” said the partners.

“There is a risk that the regulations may be lopsided and favour fintech companies more than their consumers and counter parties.” “Whatever the solution, it is clear that the present regulatory environment is not conducive,” they added.

“Regulators have recognised that the current regulatory framework is inadequate and made a strong commitment to ensuring that these promising innovations can develop, potentially making Nigeria the fintech capital of sub- Saharan Africa.”