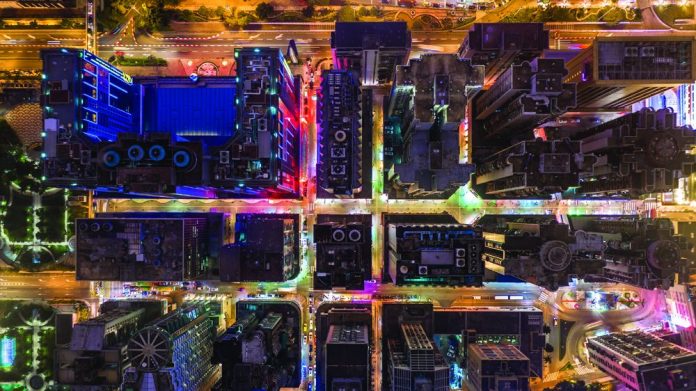 A new economic programme to mark the 20th anniversary of Chinese rule in Macau has lifted struggling casino stocks in the former Portuguese colony – as Beijing prepares to launch the first state-backed cryptocurrency to monitor digital payments and snuff-out online gambling.

With Beijing-Hong Kong relations still at stand-off, Chinese president Xi Jinping headed to Macau in December armed with policies to support the former Portugeuse colony and diversify its economy away from gambling.

Included in the package of initiatives, ostensibly to mark 20 years since Macau returned to Chinese rule, is a new yuan-denominated stock exchange for which land is already being allocated. The new exchange will focus on bonds trading to encourage mainland companies to issue debt in Macau, with a view to supporting startups in particular.

Xi also announced Macau’s decision to join the Asian Infrastructure Investment Bank, which will boost plans to develop the jurisdiction as a tourist destination beyond gambling, and venue for international conferences.

The announcements caused a spike in Macau casino stocks which had suffered after gambling revenues in November saw the steepest decline in three years.

The protests in Hong Kong, which disrupted transport and deterred mainland Chinese from visiting, were partly to blame. Although less than a quarter of Macau’s 40m annual visitors come from Hong Kong, whereas 70 percent come from the mainland. According to Berstein much of the contraction is down to China’s own economic slowdown and weakening renminbi – neither of which has been helped by trade spats with the US.

Xi’s visit has made things worse for casinos in the short term. With Macau in an unprecedented state of lockdown ahead of the president’s arrival, visa restrictions on Hong Kong and mainland Chinese entering Macau have already choked the city off from both high-end players and premium mass in the first two weeks – leading many analysts to predict December GGY could fall from anywhere between 8 and 18 percent.

Casino bosses in Macau have been criticized by the local and central government in the past for not spreading the huge gains in gambling revenues accrued since reunification in 1999, with more of the local population.

Contributions from gambling concessionaires make up 80 percent of Macau’s tax base – of which Macau residents are given an annual cash handout from the state (last year around $1,200 per person). Yet casino developers have routinely sat on land earmarked for housing projects hoping instead to one day build commensurately more lucrative gambling venues. As a result many locals struggle with rocketing housing and medical costs, and poor infrastructure.

Despite this Macau has witnessed none of the unrest that has plagued Hong Kong. Xi’s visit and pledges of economic support are seen as both a reward for loyalty and a way to prevent and overspill of anti-Beijing sentiment.

Furthermore, some consider Beijing’s treatment of Macau as an example for others – Hong Kong and Taiwan – to follow.

“The messaging is clear to Hong Kong and the rest of the world, but primarily to Hong Kong – there is a way out, there is an easy and good way out, and it’s called Macau,” said Steve Tsang, director of the University of London’s SOAS China Institute.

However for all the economic support, universal suffrage for Macau residents is not on the menu – which is what Hong Kong protesters care about as much as anything. “If Macau is the future, most people in Hong Kong will say, thank you very much, you can keep it for yourself,” Tsang added.

In the background of China’s geopolitical maneuvering are ongoing efforts to curtail Asia’s online gambling sector, much of which feeds off mainland Chinese.

One of the latest initiatives in this regard is a highly-anticipated Beijing-backed cryptocurrency – the “Digital Currency Electronic Payment” of DCEP – with the professed aim of monitoring illegal payments such as for online gambling.

The currency, which could eventually replace the Yuan, is “almost ready,” said Mu Changchun, head of the People’s Bank of China’s digital currency research institute. Mu said he was aware that Chinese consumers appreciated the anonymity of using cash, and said the currency would strike a balance between “controllable anonymity’ and anti-money laundering, CTF (counter terrorist financing), and also tax issues, online gambling and any electronic criminal activities.”

The currency which used some blockchain technology, will be issued by the Central Bank to commercial bank and third party payment companies such as the ubiquitous Alipay and WeChat Pay. It is not yet clear how much online play in China will be curtailed from the new currency, but will add another brick in China’s Great Firewall – a nascent weapon in China’s fight against online gambling that has not yet been fully utilised.

Speaking at the KPMG eGaming Summit in Malta last month, Paul Leyland of Regulus partners noted that Beijing’s stance on digital play is unlikely to soften. Leyland noted a “huge channel shift” in Asian markets away from land-based towards direct online payments. “The Chinese government has noticed that,” he added. “We think the geopolitical tension around China is going to keep bubbling up and will have some really interesting implications for the industry that we probably haven’t properly thought through yet.”