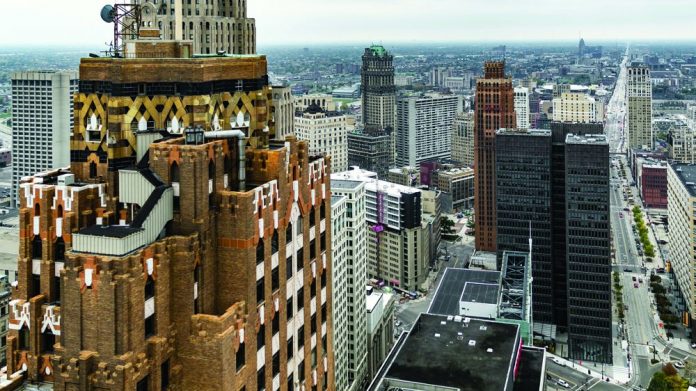 Michigan became the twentieth US state to legalise sports betting, after Governor Gretchen Whitmer signed the Lawful Sports Betting Act into law a week before Christmas.

The new law permits for sports betting on and offline for three commercial and 23 tribal casinos, as well as online casino gaming, online poker and daily fantasy sports.

The final document was the eighth draft from representative Brandt Iden, whose initial effort to bring betting to Michigan last December was thwarted by the outgoing governor Rick Snyder who refused to sign.

Snyder’s successor was also resistant to the legislation, initially refusing to sign the bill 12 months ago. When first engaging with Iden on the resurrected legislation in June, Whitmer had pushed for a 15 percent betting tax and a $1m licence fee – a tenfold increase on Iden’s proposal – and a 40 percent tax for online casinos.

After protracted negotiations between state and stakeholders the final version of the bill provides for a competitive 8.4 percent betting tax (excluding an additional 1.25 percent Detroit city tax payable by commercial casinos) and $100,000 initial licences rolling over annually at $50,000. Any money given on promotions on free-to-play betting can also be considered tax deductible. Daily fantasy taxes are the same as sports betting-proper, while fees are just $20,000.

Before heading to the governor’s desk, the legislation won bipartisan approval in the Senate, which voted 35-3 in favour of sports betting and online casino. Shortly after the House of Representatives voted overwhelmingly in favour nine bills to liberalise gambling laws.

The package is expected to collect $19m in taxes, with $5m of that already earmarked for schools funding.

“My top priority in signing this legislation was protecting and investing in the School Aid Fund, because our students deserve leaders who put their education first,” Whitmer said in a statement.

“Thanks in part to the hard work and leadership of Senator Curtis Hertel and Representative Elizabeth Warren, these bills will put more dollars in Michigan classrooms and increase funding for firefighters battling cancer. This is a real bipartisan win for our state.”

The downsides the bill for the industry include the mandatory use of official league data in sportsbooks. Although this comes with a caveat: if firms can convince the Michigan Gaming Control Board that data is being peddled at infeasible costs.

While a far cry short of Whitmer’s original proposal for a 40 percent tax on online casino products, rates on these verticals are still relatively high, ranging from 20 to 28 percent, depending on revenues. And unlike some of the US’s more open regimes, such as New Jersey, casinos are only allowed to operate a single skin using a single sports betting platform.

In terms of timeline, online and mobile channels will likely take longer to approve before launching, but the hope is that Michigan casinos can begin taking retail bets within weeks. The 23 tribal casino will first need Governor to amend their compacts before taking bets under the new tax framework; the legislation gives Whitmer just 60 days to do so. Commercial casinos await the approval of the regulator.

“The Big Ten Tournament, March Madness is a huge revenue opportunity for us,” Iden said. “People are going to go down to Indiana and place their bets. I want to be able to take that money here in Michigan as well.”

“I look forward to being up hopefully by about March,” he added. “I’ve had conversations with Gaming Control. They think maybe 60 to 90 days to promulgate the rules.”