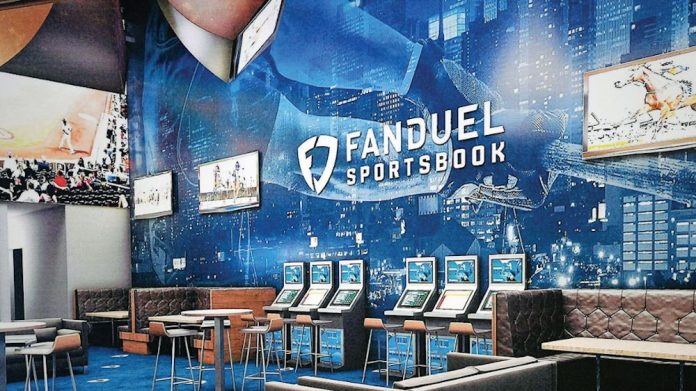 Both Flutter Entertainment and The Stars Group report strong Q3 growth as they continue embedding themselves in the US ahead of the $10bn mega-merger due to be finalised before next summer.

They will be the largest single betting entity in the world by this time next year. In the meantime, Q3 updates from Flutter and Stars reveal either side of the formidable position this group will hold, especially when it comes to the US.

Flutter posted a 67 percent rise in US revenues in Q3 – the first quarter for comparison since PASPA was revealed last summer – bringing the group’s global revenue growth up to double figures.

The higher than expected figures caused the firm to lower the amount of US earnings erosion it had penned due to ongoing investment there, from £55m to between £40m and £45m.

Flutter’s leading American brand, FanDuel did most of the heavy lifting in the group’s quarterly balance sheet, bagging the top spot in the Pennsylvanian market (which opened in July) and is still leading (at about 18 percent market share) the most hotly contested jurisdiction of New Jersey.

Asides from its mainstay sports offer (DFS and betting) Flutter’s cash generating casino and slots verticals continue to snowball too, up 175 percent on the same period last year.

Having also launched in West Virginia and Indiana by the end of Q3, CEO Peter Jackson said he was “very encouraged by progress to date.” “Published market share data in Pennsylvania shows that FanDuel quickly became the market leader with around 50 percent share while we remain the clear number one operator in New Jersey also,” he added.

“Notwithstanding the substantial investment we are making, our strong customer and revenue momentum means that we are raising our fullyear guidance in the US.”

On the anticipated takeover of Stars he said the deal would “accelerate delivery of all of our core strategic objectives, and we are very excited about the international growth prospects for the combined group.”

The Stars Group meanwhile posted the same global growth of 10 percent, but much more of it coming from outside the US. The group disclosed a net $52m loss for the quarter, largely due to expansionary investment in the states and in India.

While poker, once Star’s flagship vertical, has been on a steady decline as a share of the company’s sales around the world, casino grew by 7.5 percent, and sports betting was up by 38 percent.

SkyBetting and Gaming, the UK online bookmaker acquired by Stars at the beginning of last year now accounts for almost two thirds of the company’s sports betting income. Almost another third comes from Australia, meaning just a fraction left over from the US and elsewhere.

Yet Star’s strongest US asset lies in its access to American consumers, not only through its vast PokerStars networks, but more recently with its latest media-backed alliance Fox Bet – building on its expertise in leveraging media coverage in the UK with Sky.

Fox Bet sports both a real money and free-toplay version of the app, the latter of which (unlike FanDuel and DraftKings’ soft betting options which still face regulatory hurdles in many states) is said to be accessible to 95 percent of Americans.

Notwithstanding, these most recent figures are of course before Fox Bet real-money betting launched in its first market, New Jersey, in only the last weeks of Q3, and Pennsylvania month later.