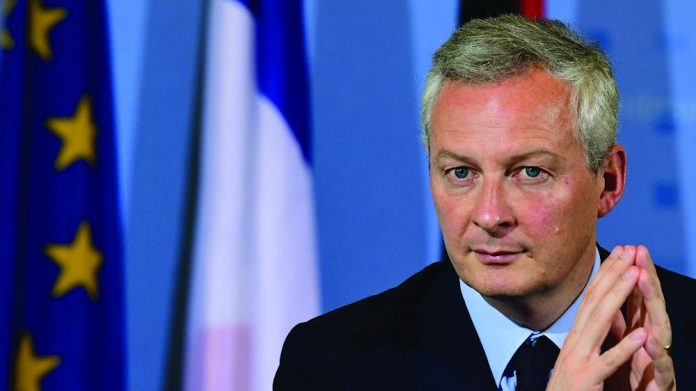 After various incidents of dirty money moving through big European banks, EU ministers are cooking up new pan- European laws on money-laundering and a new independent authority to oversee – which may or may not have a mandate to scrutinise gambling companies.

The European Union is exploring a new central authority to tackle money laundering after a series of high profile cases were uncovered in the last two years involving several major banks.

According to the Financial Times, France and the Netherlands are leading the charge for harmonised rules across the bloc, and either a new entity to oversee them, or to strengthen the powers of the existing European Banking Authority.

“Criminals and terrorists are taking advantage of loopholes, [undermining] trust in our financial system and our mission to protect our economies and citizens,” French finance minister Bruno Le Maire told the Financial Times. “We need to decide now to harmonise the antimoney laundering rules across the EU and introduce stronger European supervision.”

Expanding the remit of Europol is another option, given money-laundering already overlaps with its criminal investigations.

Harmonising anti-money laundering legislation, which typically would require first issuing directives for each country to adopt nationally, could instead be introduced as European regulations that all financial institutions would immediately have to abide by.

Unlike directives which can be applied in various ways, this would also ensure an identical framework in each member state.

The German finance ministry said it would “consider the thoughts on a new European Supervisory body for the prevention of money laundering and terrorism financing in the financial sector carefully.”

“In general we are open to think about new structures in this area,” it added. “Such a step would require a solid legal basis in the form of fully harmonised [legislation].”

Regarding the new authority, finance ministers are expected to endorse the plans for a new authority when the meet in December.

A completely new body appears to be the favoured option, with independent and direct enforcement powers. However, given the slow progress of creating European institutions, bolstering the EBA may be opted for to save time.

One MEP said that European politicians are “deeply dissatisfied with the EBA” after it rejected its own internal report on failings in the supervision of Danske by Danish and Estonian regulators.

Last year the Danish bank was found to have moved E200bn in suspicious funds through its Estonian branch.

How this will affect the gambling industry is unclear. GBGC’s Lorien Pilling noted that the gambling sector is generally considered to be low risk “in the true sense of being partnered to organised crime.”

However EU ministers may give this authority a mandate to oversee institutions beyond financial services and banking, which may include gambling.

“GBGC suspects it will,” said Pilling, “because security is only as strong as its weakest link and a clampdown on banks will force criminals to look at alternatives. As a result, the gambling industry may have to deal with yet another agency.”