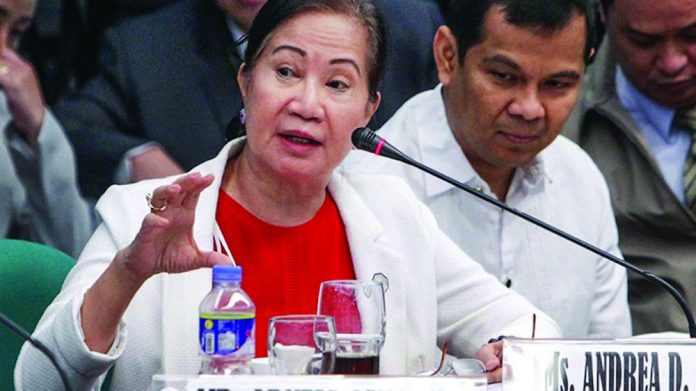 A Philippine House Ways and Means Committee has passed the proposed five percent tax on offshore gaming income, after the regulator warned it could incentivise the black market.

The bill, authored by former governor Joey Salceda, will now move to the Philippines House of Representatives, who will decide whether to replace the current two percent gross revenue tax already levied by Pagcor, the country’s regulator, as well as raise the tax on foreign workers’ income from 15 to 25 percent.

As lawmakers deliberated, Adrea Domingo, chair of Pagcor, advised the government not to approve the measure, warning that the sector was too valuable and not yet mature enough to squeeze.

“I would recommend that and I can only pray they will listen,” Domingo told reporters. “Fair and reasonable taxation is good. Over taxation will of course kill the legal and legitimate business operations. For illegal operations, it will not matter.”

There are currently 60 offshore licence holders, POGOs, in operations across the Philippines and a further 218 service providers who employ over 100,000 foreign nationals, mostly Chinese.

Domingo said that overtaxing them while still in their infancy could undermine the success of the sector, and drive many of the underground.

“I think the bill will be up for debate and discussion in plenary soon enough. The legal minds and the constitutionalists in Congress will surely debate on this matter.

Then we will see how they will resolve these issues,” Domingo said. Pagcor’s rival, CEZA, administrator of the gambling companies within the Cagayan Special Economic Zone, which has seen a migration of licensees to Pagcor in recent quarters, did however support the bill.