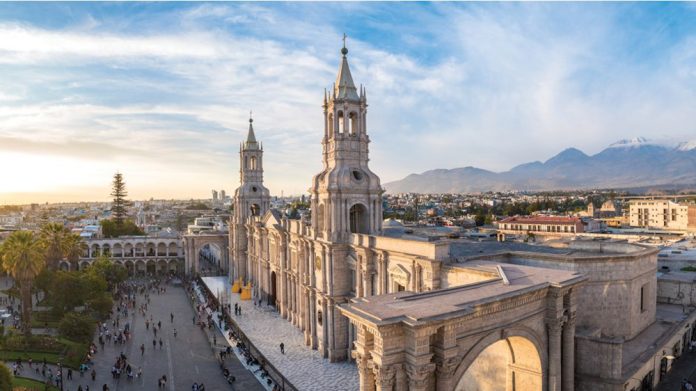 After a lengthy period of debate and education, Peruvian regulators are entering the final phases of a push to legalise online gambling. Their legislation, which sets out a 12 percent tax on winnings, is now to be reviewed and audited before being sent to Congress for approval.

Peru’s plans to become the “Malta of Latin America” could soon be coming to fruition after the country’s executive completed a draft of a new bill to legalise online gambling.

The bill, which proposes a 12-percent tax on winnings and a one-percent consumption tax for licensed online operators, will now have to be audited by two government committees before facing a further review stage and eventually being passed to the Congress for approval.

In an interview with El Diario del Juego, Manuel San Román Benavente, the director of Peru’s Gambling Authority – known as the Mincetur – revealed that the process had been delayed by debates over taxation and by the need to better educate ministers on the technicalities of gambling and the systems used by the industry.

“I believe that the issue that delayed us the most was the tax issue,” he said. “But we also had to explain to the Ministry of Economy and Finance everything about gambling operations, what the platforms are like, what the suppliers are like and what the systems are that they want to implement, and therefore what needs to be approved.”

Explaining the proposals for taxation, San Román added: “It has already been established that the tax on online gambling and sports betting will be 12 percent of the net winnings. This includes two percent that can be discounted by platforms, prior to the payment of 12 percent, for the maintenance of networks and systems.

In addition, a selective consumption tax of one percent will be applied with respect to each bet. That is the proposal that should enter the Congress.” The bill will now face scrutiny from the Council of Vice Ministers, which can review, endorse and suggest amendments to any legislation developed by the executive.

If the Council approves of the bill without amendments, it can go straight to the Congress for further review and final approval.

Since the legislation must also be audited by the committees for foreign trade and economy, however, it is unclear what the timeline for passing the bill will be. Several major operators are already present in Peru offering sportsbetting and gambling services to local customers, including Intralot, Total Betting, Betsan, Dorado Bet and Live Sport, who comprise the five members of the Peruvian Association of Online Sports Betting (APADELA).

Members of the trade body – formed in anticipation of the forthcoming regulation – have offered the government their views on the bill, with a largely positive response, said San Román.

“I have no problem with representatives from APADELA coming to see us because we have always had an open-door policy. Many companies are coming and raising their concerns, their doubts and their questions. I see that there is a lot of acceptance of the bill,” he said.

At present, the gambling industry in Peru is estimated to be worth around 2500 million soles per year, which equates to around 738 million US dollars.

Of this sum, around 10 percent counts as taxable winnings, while the rest is returned to customers in prizes.

While a slice of taxable gambling revenues has previously been meted out to the Peruvian Sports Institute and municipal governments, proceeds from the new online gambling tax is likely to be given entirely to the Treasury, with the gambling regulator making its case for a slice of the pie.

“We have argued that if we are regulating, authorising, supervising and controlling the activity, a part of the tax should go to the Mincetur, because we are going to have to generate and hire equipment and personnel for the supervision and control system,” San Román told reporters.

When the new online gambling regulation comes into force, regulators are expecting a significant spike in revenues generated by the industry.

With a sportsbetting boom also expected as major tournaments kick off next year, the government is hoping to have full oversight and control of the industry by the time of the World Cup qualifiers.

As part of an attempt to crack down on the black market, companies that decide to continue operating in the country without a licence will be hit by a stringent ban on advertising, explained San Román.

“For the companies that obtain a Peruvian licence, one of the benefits will be that they will be able to use the logo of the Ministry to demonstrate that they are authorised and supervised by us, something that those who do not have authorisation cannot do,” he added.