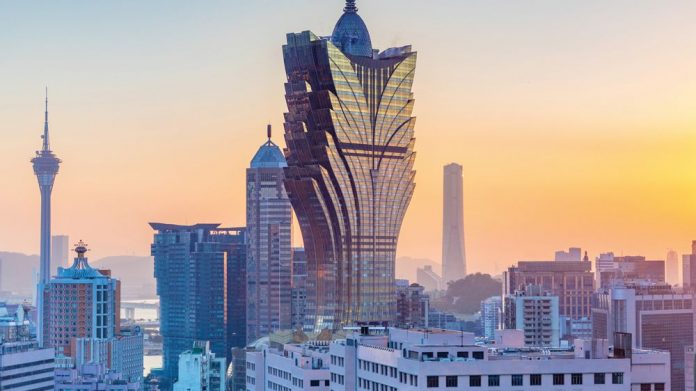 Speaking at a heavily oversubscribed 2019 MGS Entertainment Show in November, Paulo Martins Chan, director of Macau’s gaming regulator, said he was doing everything in his power to eradicate online gambling.

Not only did this year’s MGS Entertainment Show in Macau host more delegates than any other gaming event in Asia – it did so without a single online gambling company present. MGS attentendees surpassed 20,000 in November, a fifth more than the 2018 G2E Asia in Macau’s Venetian casino.

And in stark contrast to the latter, that has increasingly relied on a sprawling of show stands dedicated to the online sector – even if they were not permitted to explicitly promote themselves as such – MGS’ appeal is solely as a land-based event.

The stats are indicative of how much has changed for remote gaming in the region. By the time of the last G2E held in Macau this May, China’s tolerance of the situation was palpably exhausted. Media coming out of the event was dominated by reports of probes into firms “promoting illegal online gambling” which culminated in the keynote speaker, the director Macau’s regulator Paulo Martins Chan, boycotting the show.

Conversely, Chan’s attendance at MGS this year was as much about trumpetting the Gaming Inspection and Coordination Bureau’s (DICJ) ongoing work to stamp out online gambling in Macau.

“The DICJ has put in place a large number of resources to prevent and combat illegal online gambling in order to safeguard Macau’s tourism image and protect the interests of visitors and residents, including extensive publicity and promotion on different platforms, and inspection teams on gambling exhibitions and gaming promoters’ operating locations,” Chan explained.

While more than 300 websites had been shut down by the regulator since 2016, Chan conceded it was difficult to “completely eradicate” or even sanction online firms, given their servers could be anywhere and they tend not to target players in Macau, but mainland China.

“What we can do is propaganda to raise awareness and inform that it is illegal,” said Chan. “We continue to do a lot of awareness work, sending phone messages, setting billboards, to fight online gaming. It has a great impact on Macau’s image and in many times involves fraud.”

Macau has obviously been a focal point of Chinese efforts to crackdown on remote operators serving Chinese players – but has since spread the net as far as its diplomatic clout will allow.

The renewed push began with the reprimanding of one Macau-licensed junket operator, Sun City, which was accused of offering proxy betting to Chinese players in RMB from various locations throughout Asia.

The junket was ordered to operate to Macau’s regulatory standards even in foreign jurisdictions, or face losing out on a Macau concession. It ultimately vowed to comply. As Shaun McCamley, managing partner at Euro Pacific Asia Consulting (EPA), notes: this was a “big call” for the junket, given that proxy betting is permitted in Vietnam (where Sun City is set to open a casino) and “in some cases contributes upwards of 45 percent” of revenues.

Chan also disclosed Sun City was no longer under investigation. Also in November, the Asia Gaming Summit in Taiwan (a jurisdiction that has also introduced heavy sanctions of online gambling this summer) was dominated by talk of Asia’s leading offshore gambling hubs, Cambodia and the Philippines – both of which have been subject to Chinese intervention this year.

The Beijing-backed ban of online gambling in Cambodia has left a huge hole once occupied by 120,000 Chinese migrant workers who feld for fear of arrest. Sihanoukville, home to 91 of the country’s 160-odd licences has been particularly badly hit – with much of the infrastructure projects there now mothballed in the absence of any other plans for investment.

Speaking at the Taiwan event, Tim Shephard, director at gaming investment firm, Fortuna Worldwide, noted that many of the illegal operators have now fled to the unregulated base of Myanmar.

And even reported on rumours than once cleared out of criminal activity and scams, western operators may yet be invited back into a regulated Cambodian gambling market, under a long-awaited new gambling act.

In the meantime the Philippines could be benefiting from a Cambodian exodus – having resisted Beijing’s calls for a ban there also. “The Philippines appears to be far more reluctant to close down POGOs entirely,” said Andrew Klebanow of Global Market Advisors.

“Those operations contributed nearly $150m in taxes and fees last year. POGOs also rent sizable amounts of commercial office space in Manila, and a sudden closure of operations would have a deleterious effect on the commercial real estate sector.”

Yet other speakers at the Summit expressed concerns there also, citing rising taxes and the evermore punitive authorities closing down operators and deporting Chinese staff. Since Sun City’s warning in the spring, Melco’s City of Dreams in Manila has also vowed to stop video streaming its tables.

As one speaker described it: between events this year, and the state of play in Cambodia and the Philippines, the outlook for offshore operators in Asia feels “forever insecure.”