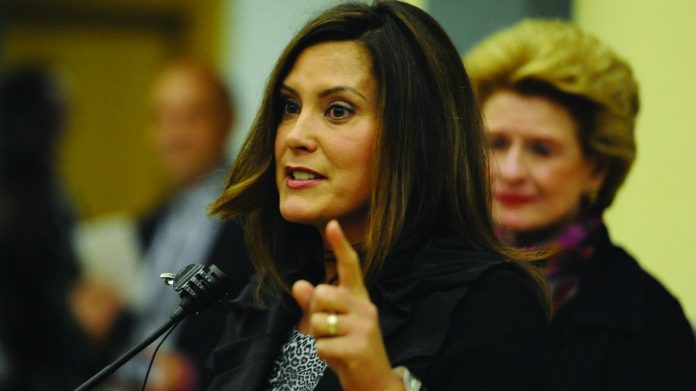 Sports betting and online gambling are back on the agenda in Michigan, after two bills resurrected by Brandt Iden secure passage through the House of Representatives in November. Although in a potential re-run of events before last Christmas, the governor’s signature looks to be the largest obstacle.

A double-bill of gambling expansion is progressing through the Michigan legislature – as lawmakers in one of America’s largest states weigh up the merits of both sports betting and online gambling becoming legal.

The two bills are the work of representative Brandt Iden, who last year came within a hair’s breadth of success before being denied by the parting shot from outgoing governor Rick Snyder – who refused to put pen to paper on ethical grounds.

The executive has since been changed in the Great Lakes State – but of all the legislative hurdles these bills will have to surpass, the signature of current governor Gretchen Whitmer still looks once again to be the highest.

Even after some considerable concessions were made by stakeholders in the interim, Iden’s bills are still relatively industry-accommodating compared with what some other state lawmakers have mustered in the last 18 months.

House Bill 4916, the Lawful Sports Betting Act sees sports betting tax lifted to 8.75 percent for tribal casinos, and 12 percent for their commercial counterparts. Iden’s research estimates the state would take $30m from the new regime. The House of Representatives voted 63-45 in favour on those terms, having passed in the chamber’s Ways and Means Committee by 10-1 only a day before.

A separate bill to legalise online gambling also passed in the upper house, by 62-46. However Whitmer considers the betting tax to be too low – worried that mobile and online gambling could cannibalise the state lottery program which sends a quarter of its profits to fund public schooling.

“We continue to have revenue concerns regarding the bills’ negative impacts on the School Aid Fund,” said Tiffany Brown, spokeswoman for Whitmer. “The administration has taken every meeting we’ve been invited to regarding this legislation and will continue to work closely with the bill sponsor, tribal leadership and stakeholders to attempt to address our concerns.”

Yet according to Iden, Whitmer has not been nearly as forthcoming, and instead appears to be trying to kill the bill.

“We’ve been working on this for ten months and time and again we’ve offered the governor an opportunity to provide feedback and she told us she was too busy to engage with us,” said Iden. “We had the votes today and we wanted to move the package forward … And you know what they say in the old adage, ‘The House always wins.'” Whitmer has suggested a far higher tier system on betting: 15 percent for tribal and 18.25 percent for commercial.

Iden said that having reached out “numerous times” to the governor’s office, but summarily receiving only written responses saying Whitmer “too busy to engage on this issue.“ In the end, Iden and colleagues resorted to “moving the tax rate upward” anyway, to be on the safe side.

The online rates now start at four percent (for revenues below $4m) ranging up to 19 percent over $12m. Moreover, these figures would rise another two percent each in years four and five. Iden’s ability to get stakeholders to agree to the compromise has been considered quite a feat by others in the legislature – although whether Whitmer will agree is anyone’s guess.

Representative Rebekah Warren, the only committee member to oppose the bill, said that although her goal was to achieve sports betting legislation in the state, in their current forms she said the governor will be minded to veto both bills.

However now that the bills sit with the senate rumours have it that Whitmer is more willing to engage. “She has expressed concerns, and I don’t think any of it is beyond fixable,” senator Curtis Herte, a personal friend of the governor told Legal Sports Report. “I certainly appreciate her engagement, unlike the last governor who basically didn’t engage and then vetoed the bills anyway.”

The proposals expect to generate a $225m gaming market in Michigan – a state with 10 million residents. Speaking for the majority of house members, representative Michael Webber said that “more than a dozen states, including some of our neighbors in the Midwest, have already legalized sports betting and have reaped the benefits.

If Michigan follows suit, we could generate another revenue source for vital public services and improving our school systems.”