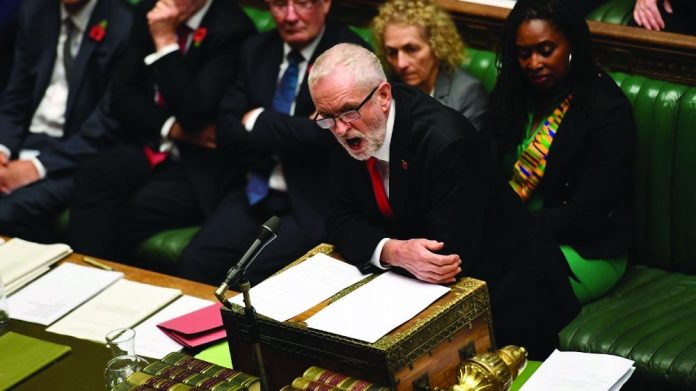 The assault on British betting shops has done little to dampen anti-gambling fervour in Westminster, as MPs release yet another radical report – this time calling for the £2 limit on FOBTs to be extended to online casinos.

Despite the industry’s renewed and also now concerted efforts to tackle responsible gambling, MPs are still gunning for a “root and branch” overhaul of gambling law, with the online sector firmly in their sights.

A new report from the All Party Parliamentary Group of Betting and Gaming released in November calls for four new recommendations for gambling legislation – among them an end to credit card betting and a £2 stake limit on online slots.

Carolyn Harris, a Labour MP and chair of the committee described the industry as an “unregulated wild west.” She said that the cross party group of MPs intend to “go after” online companies “just like we did with the fixed odds betting terminals.”

The move follows only months after the £2 stake was introduced on high street gaming machines, which has already led to thousands of shops closures and redundancies across the country.

“If [high stakes] are not acceptable in land-based venues they should not be allowed online,” the report said. Other measures include restrictions to VIP accounts, and investigation procedures into nondisclosure agreements struck between firms and compensated punters.

Shares at some of the largest listed firms tumbled with the news, largely on account of the new maximum stake figure proposed for online play.

GVC’s fell by 10.5 percent that mornings; William Hill’s fell by 12.5 percent and 888’s by 14 percent. GVC’s chief executive Kenny Alexander called the report “ridiculous.” “Over-regulation would be highly counterproductive and do far more harm than good,” he said.

While he conceded that measures to change stakes on machines were needed, “there is no underground black market for FOBTs,” he pointed out.

“If they put a £2 limit on online casinos, the day after that, virtually the same amount of people who used to stake more than £2 will go to the black market.

There’s massive potential for unforeseen consequences.” Moreover, on machines players can move from shop to shop gambling unknown quantities of money with no possible oversight. “Online, though, we have so much more transparency,” said Alexander.

“We can step in, we can monitor players’ behaviour and if it’s becoming problematic then we can step in.” Adding insult to injury, the MPs report also said they were “appalled at the cowardly behaviour” of GVC Alexander, for failing to appear when invited to their committee.

Yet online companies are not the only ones the APPG trained its anger at. The report described the UK Gambling Commission as “not fit for purpose” and that its inaction has allowed operators to “prey” on vulnerable gamblers.

It “does nothing at all except dole out arbitrary fines on certain occasions,” said Harrison. “There’s no consistency.” The Gambling Commission said it was “disappointed” by the contents of the MPs report, especially given MP had not even invited the regulator to give evidence.

“The report does not reflect our considerable action and progress on most of the areas of concern set out in the report and we look forward to being given the chance to outline that work to the APPG.” said the regulator.

IN THE THICK OF IT

The report comes in the midst of chaotic election campaign in the UK, which could yet usher in the first Labour government in almost a decade.

Whether such proposals would be taken up by ministers when the dust settles remains to be seen. But despite the Labour antigambling talisman, Tom Watson, standing down during the first days of the election, they are still far more likely to be adopted by Labour – especially as they echo those already laid out in Labour’s alternative gambling act that Watson authored.

Given the divisive and populist bent of both parties today, excessive and baseless interventions could conceivably come from either side.

The vicechair of the APPG, and Conservative heavy-weight, Iain Duncan Smith, said it was “outrageous that there are not stake limits online, that gamblers are still able to gamble using credit cards online and that operators are able to continue to offer inducements to the vulnerable without proper sanction.”

As Regulus Partners warn in timely blog post: “The polarisation of politics makes fertile ground for an anti-gambling doctrine that appeals to both Marxist ideology and right-wing moralism […] Gambling is a natural area of interest for those who seek to exert control over their fellow citizens.”