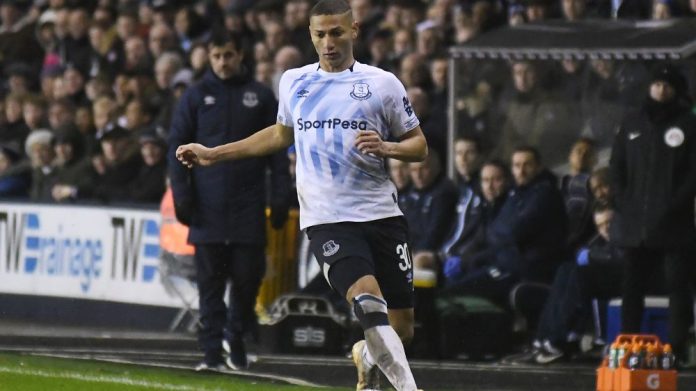 Yet another twist in the Kenyan saga sees an appeals tribunal rule in favour of the ousted bookmakers, Sportpesa and Betin, over the controversial 20 percent tax on winnings. The tax man has already launched a counter appeal, but Sportpesa’s CEO, Ronald Karauri, says this win could be enough to relaunch operations in his home market.

In an unexpected reprieve for Kenya’s two largest betting operators, a Niarobi tax appeal tribunal has sided with the banished firms over their definition of a 20 percent tax on winnings.

The Kenyan Revenue Authority had been demanding billions in shillings in back taxes from operators tasked with collecting a fifth of all players’ winnings and sending them to the treasury.

Yet the law, which took effect from July this year, was challenged over an amendment stipulating that even players original stake should be taxed at 20 percent. In a win for the betting sector, the tribunal in November ruled that the 20 percent tax should be based on net winnings only.

The controversial tax has been central to disputes between Kenyan gambling firms and the government that have raged on since the summer, and which ultimately led to the closing of all operations at both Betin and Sportpesa – the two giants in Kenyan betting which together made up two thirds of the market.

Neither firm has a licence to operate in Kenya currently, but in the wake of this ruling Sportpesa says this may be enough to find a way back in.

“Today’s ruling is a significant development for both Sportpesa and the wider betting sector in Kenya, reversing previous government policy that had rendered the sector commercially and economically unviable,” said Sportpesa CEO Ronald Karauri.

“SportPesa will now reconsider the future of its operations in Kenya. We remain committed to working closely with all stakeholders in Kenya as we seek to renew our license and resume our operations in the near future.”

The ruling looks to tilt the balance of power in the KRA’s wider claims against more than 20 firms who have had their licences suspended since the summer.

KRA says it is due Sh61bn ($600m) from the betting firms for the period between May 2014 and March 2019 – part of which it hoped to recrue via the mobile money operator Safaricom, which processed the bulk of gaming payments for the leading firms.

After ordering Safricom to to stop processing payments for sports betting companies – cutting them off from millions of consumers – the KRA demanded the payments firm remit Sh5.29bn withholding tax arrears due from Gamcode Limited, trading as Betin, and Sh3.29bn due from Pevans East Africa, which trades as Sport- Pesa.

Despite a growing distaste for gambling in Kenya among politicians and sections of the media and general public, the absence of the markets leading companies has been sorely felt in certain sectors.

Asides from around 1,000 employees who lost their jobs due to the closure of the two leading firms, cuts to sponsorship has ravaged the country’s sports funding, and the tax take is plummeting.

According to the latest data from the government, gaming industry receipts has fallen by 260 percent, from Sh355m ($4m) collected in June to Sh74m ($700,000) recorded in September.

Whether the events of this summer, and this latest compromise on tax is enough to find a resolution – and for the ousted firms to return with a greater commitment to responsible gambling and more general compliance in other areas, is not yet known.

Betin is yet to comment on their plans for a return, while Sportpesa maintains its position that it will consider reapplying if the tribunal’s ruling is upheld and the government adopts a more consistent framework.

“We encourage the authorities to take the Tax Appeals Tribunal’s ruling fully on board and to now apply a reasonable approach to gambling regulation and taxation, in line with international best practice,” Karauri added.

However, the KRA is not yet willing to lie down on the ruling, which it complains has departed from the decision by Justice Hatari Waweru in the High Court, who found no ambiguity with the tax policy.

“The KRA is aggrieved by the Tribunal’s finding that it had no legal backing in demanding Withholding Tax from the betting firms,” said the authority. “And the manner in which it had enforced collection of the tax.” The KRA said it has already issued appeal proceedings against the tax tribunal’s ruling.