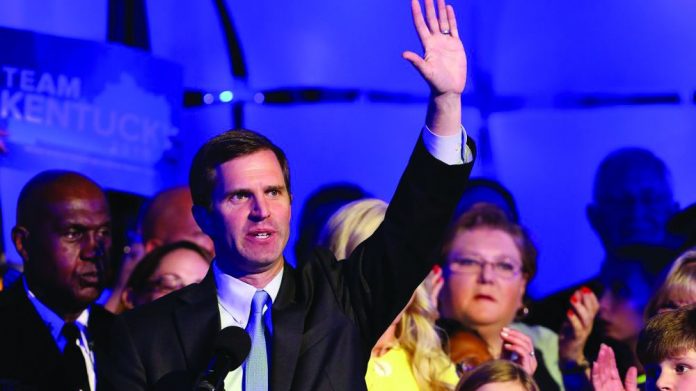 A pro-gambling and vocally anti-Trump democrat has been elected governor in the southern state of Kentucky.

The news made headlines across the states in November, given that the underdog Andy Beshear, beat president Donald Trump’s candidate in a state where Trump won by 30 points only three years ago.

The change bodes well for the future of gambling in Kentucky. Beshear is a staunch proponent of gambling expansion, having vowed to legalise casinos, sports betting and online gambling during his campaign.

Moreover, and in a sign that this is no weak pledge, Beshear had previously detailed exactly how he would do that, mandating casinos to provide fiscal support to public services including the health, and enlisting the the Cabinet of Health and Family Services to produce annual figures on gambling market statistics.

“Estimates show that Kentucky loses over $500m in tax revenue a year to neighboring states and less than ten casinos could generate over $1.7bn in economic activity in their first year,” Beshear said. “Indiana alone consistently nets hundreds of millions of Dollars in revenue every year.”

Currently only parimutuel betting on dog and horse racing is allowed in Kentucky.

Beshear narrowly beat the incumbent Matt Bevin, who was elected in 2015 but whose tenure was dogged by accusations of “thuggery” in his pursuit of undermining medicaid and cutting pensions.

The republicans still hold sway in the house, however, so any move to legalise gambling in Kentucky, led by Beshear or not, will first have to win over members of the conservative bloc.

In protest at Besear’s plan, Bevin said: “Every night somewhere in America, somebody takes their life in a casino because they’ve wasted the last semblance of dignity and hope that they had. Families are ruined. Lives are ruined.”

An AGA spokesperson said the remarks were “patently false and irresponsible.”