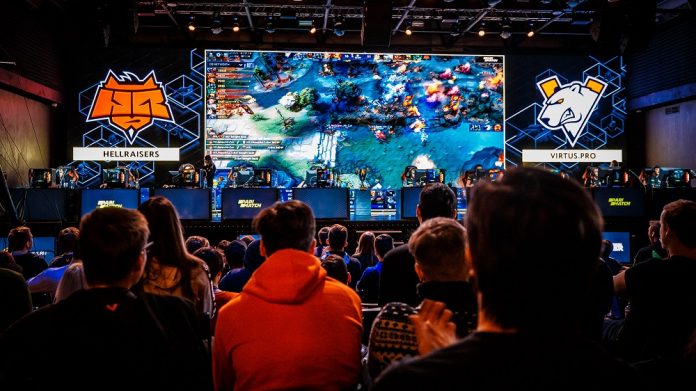 Parimatch has celebrated its first esports competition – the Dota2 Parimatch League Season 1 – and already has plans to expand the event for its second iteration.

Parimatch together with ESforce Holding has held its first esports competition – the Dota2 Parimatch League Season 1 – with a prize pool of $75,000.

This is the first time that a betting company has organised its own competition for esports fans. At the league final, more than 1000 spectators had the opportunity to attend the event, held at Yota Arena, by registering in advance.

In the just the competition’s inaugural season, broadcasts of games have gathered more than 6m views in total on the Twitch platform, with an average number of viewers for League broadcasts of 36,000 people.

Leading studios from the USA and China joined the coverage of the final matches.

The finals of the Parimatch League were fought out by leading CIS esports teams, including Virtus.Pro, HellRaisers, Team Spirit and jfshfh178. Virtus.Pro took the winning $40,000 prize.

“We saw a very impressive level of play in the first season. We are sure that the fans were
entertained. We want to develop the Dota 2 community throughout the CIS, and League Parimatch helps us a lot in this.

“In addition, we strive to give talented players the opportunity to develop – and we believe in the next season we will see new future stars,” said Maxim Maslov, Epic Esports Events CEO.

Parimatch plans to continue to support esports and develop its own league.

So, the start of the second season has already been announced with an increase in the prize pool to $100,000.

New teams will be able to qualify for the next season, rather than rely on an invitation.

The qualification stage for the second season starts in December 2019, the main competition will run until May 2020.

Stepan Shulga, Head of esports at Parimatch also commented: “We managed to create a unique Russian-language league for players, which has become an excellent base for rivalry in the CIS region.

I hope that our tournament has pleased the e-sports community and will further develop the Russian-speaking scene of Dota 2.

We are excited to announce the second season of Parimatch League, where the best teams from the CIS region will now fight for a $100,000 prize pool. It will be worth following.”