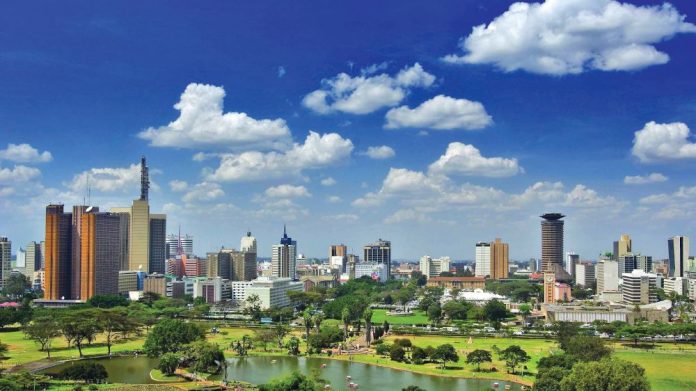 After protracted disputes with the Kenyan government this summer, Sportpesa and Betin have both formally announced an end to all operations in the market, blaming a “hostile regulatory and taxation environment.” Before the events of this summer, which saw 27 gambling companies have their licences withdrawn, Sportpesa and Betin had dominated the Kenyan betting scene, accounting for 60 percent of all play.

Now both firms will relinquish their position, citing a series of unworkable tax hikes in recent months which have pushed them close down all branches, potentially leading to 2,500 jobs losses.

The market leaders had been wrangling over their respective tax bills with the Kenyan Revenue Authority since their licences were not renewed in July – contesting an already insurmountable gulf in estimated dues.

The regulator estimated Kenyan firms had made a collective Sh204bn ($2bn) last year, yet had only paid Sh4bn in taxes – a figure Sportpesa described as “a very significant overstatement” given it made only Sh20bn, and paid sh^bn of that in tax.

However, the main reason given for their final exits this autumn was a new excise duty approved by parliament in October, which will controversially be levied on bets, rather than revenues.

The tax on bets was first proposed in the 2019/2020 budget in June, set at 10 percent, although MPs have since voted again to double it, to 20 percent.

The Committee on Finance and Planning, who authored the amendment said the move was necessary to make betting costly enough to dissuade people from doing it.

Sportpesa, the country’s largest betting outfit, said that as the new tax will come on top of an existing and equally unusual 20 percent tax on gamblers’ winnings, it goes much further than disincentivizing betting, to making the legal industry infeasible.

“The tax is based on a fundamental misunderstanding by the Rotich led treasury of how revenue generation works in the bookmaker industry,” it stated.

“This will have severe consequences for licensed betting companies, which dutifully pay their taxes and ultimately will lead to a decline in government tax revenue to near zero and will halt all investments in sports in Kenya.”

Sportpesa said it would not look to resume its offer in Kenya until a “non-hostile regulatory environment” returned. “Such taxes render the betting sector in Kenya commercially unviable,” it added.

“As a result, we have been forced to make 453 employees in our Kenyan operations redundant, which was an extremely difficult decision for the company to take.” Betin, the markets second largest bookmakers, has also not been operational since July, said it had attempted to work with the government to overcome the impasse over backdated taxes, but without success.

Due to the subsequent “deteriorating profitability,” Betin said it had given all of its 400 employees a month’s notice – bringing the total job losses to over 800. Along with jobs, Kenyan sport will be one of the first casualties of the divestment, as many teams have relied on bookmaker sponsorship.

Nick Mwendwa, president of the Football Kenya Federation said the development was a “major loss”, since local football will lose sponsorship worth around Sh600m.

The parliamentarians behind the bill have shown no signs of wavering however. Kanini Kega, who heads the National Assembly Committee on Trade, welcomed the withdrawal of the two firms saying: “Betting does not create wealth.”

“It is unfortunate that the two firms closed shop, I know a few people who were employed lost their jobs, but I insist that the kind of companies we are going to support are those that come in terms of industries that will create job opportunities for our people but not addiction,” he added.

“As a government we welcome those companies that want to invest in our country, those who will create wealth for our people, but some investors like those engaging in betting business are not adding any value.”

Sportpesa maintains that the economic and social impact will “continue to be felt by Kenyan business and Kenyans themselves.”

“Tax policy should ensure that licensed operators remain competitive on pricing. When a tax on winning or on the players’ stake is introduced, it effectively makes licensed and compliant operators unattractive to punters compared to unlicensed operators who can offer customers higher pay-outs on all bets,” Ronald Karauri, Sport- Pesa CEO said in a personal statement.

“This renders the licensed and compliant operators uncompetitive and pushes players to offshore operators and underground betting dens that have no customer protection.”