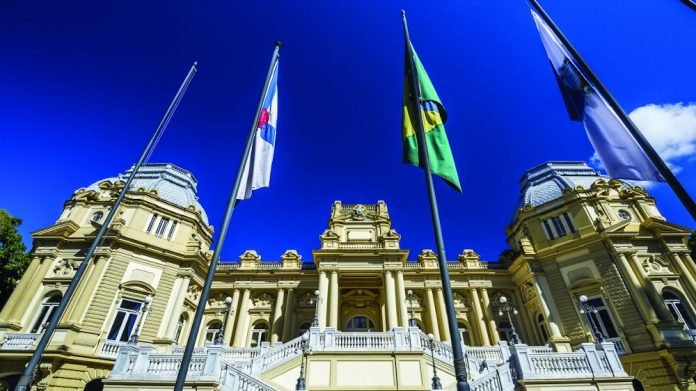 The Brazilian government has moved to clarify several aspects of its sportsbetting legislation, reassuring international firms that operators currently serving the local market without a licence will not be barred from seeking to operate under the new regime.

Politicians in Brazil’s Ministry of Economy have confirmed that there will be no ‘quarantine’ period for international players already in the market after new legislation comes into force, with the government admitting that such a move would automatically bar the majority of firms from obtaining a licence under its new regime.

The move comes after ministers published a draft version of their proposed gaming legislation this September, inviting interested parties to make submissions on the document within a tight two-week window.

A few days after the deadline had passed, Alexandre Manoel Angelo da Silva, the national secretary responsible for gambling, confirmed that the government had received 2,644 submissions on its new law, with feedback on the plans mostly positive.

According to reports in local media, Da Silva confirmed that the government would be pushing ahead with its draft bill, but added that there would be three adjustments made to clarify sections of the legislation.

The first pertained to Article 30, a clause stating that operators who weren’t in possession of a Brazilian licence would be barred from advertising their services locally.

Clarifying the text, the government said the ban would come into effect only after the legislation had been signed into law – a deadline currently set for the middle of next year – and would not prevent operators currently in Brazil from obtaining a licence.

The news will come as a relief to international firms who have been taking wagers from some of Brazil’s 210 million residents pending the new legislation.

The government believes that taking a lenient stance towards these so-called ‘bad actors’ will be necessary in order to effectively channel Brazilian customers to a regulated offer, given the number of brands that currently operate in the grey market.

With many of the respondents to the government’s consultation expressing confusion over the proposed taxation system, Da Silva also explained that the one-percent tax would be applied to operators’ revenues rather than betting stakes.

He reiterated that players’ winnings would be taxed at 13.8 percent – the same rate as lottery winnings – on prizes over BRL1,900 (roughly €410).

In a final clarification, Da Silva also told firms that licence holders would be permitted to offer both pre-match and in-game betting. In opting to allow multiple verticals and betting types, Brazil is following in the footsteps of neighbouring Colombia, which became the first Latin American country to successfully launch a liberal regulatory regime in 2016.

With the draft of Brazil’s new legislation almost finalised by the Ministry for Economy, it is now expected to face modifications from the National Congress.

Over the coming weeks, the Congress will consider the social responsibility side of the legislation, formalising financial penalties for illegal operators and those involved in match-fixing.

According to local reports, it will also look at which branch of government should be responsible for collecting – and spending – unclaimed winnings.

Meanwhile, sports integrity stakeholders have called on Brazil’s Ministry of Sport to oversee the establishment of a dedicated ‘Sports Integrity Committee’ that could take on the role of protecting sports clubs, athletes and consumers after sports-betting is officially legalised.

During the consultation in September, the Ministry for Economy’s draft legislation came under fire from IBIA, a sportsbetting integrity body, who argued that the provisions did not go far enough to ensure the integrity of Brazilian sport and the well-being of athletes.

But Ludovico Calvi, the president of Global Lottery Monitoring System (GLMS) and one of the authors of Brazil’s new regulation, told journalists at SBC News that the new laws were robust in the face of integrity threats.

“It is extremely important to be both credible and transparent, to protect whistleblowers for example, and to run prevention and education courses in schools, with young athletes,” he said. “All of this has been included in the legislation.”