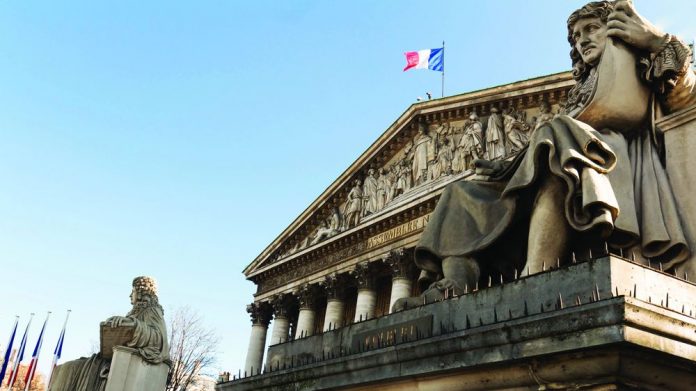 Ahead of the privatisation of the state-owned Francaise des Jeux, the French government has initiated a switchup of its regulatory structure, with a new and more comprehensive public body set to replace ARJEL as the nation’s gambling regulator.

France-facing operators will soon find themselves under the jurisdiction of a new, comprehensive gambling authority as the government sets out plans to replace current regulator ARJEL with a new public body known as the National Gambling Authority (ANJ).

Unlike its predecessor, ANJ will be responsible for regulating and overseeing the activities of the gambling industry as a whole, with lottery, sports-betting, online gambling and horseracing all falling under its jurisdiction. According to a statement put out the Council of Ministers, land-based casino will be the sole sector that will continue to be regulated by the Ministry of Interior, “because of its specificities”.

The move comes as the government prepares to sell off the bulk of its shares in state-owned lottery firm Francaise des Jeux (FDJ), paving the way for private entities to steer the direction of the sector. The government will nonetheless retain a 20 percent stake in the company after it is listed on the French stock exchange, giving it a certain amount of influence over FDJ’s future.

According to Alexandre Vuchot, partner at Bird & Bird commercial law firm in Paris, the blueprint for ANJ was put together through a series of official reports, including one by the Comité d’Evaluation et de Contrôle des Politiques Publiques de l’Assemblée Nationale (Committee for the Evaluation and Control of Public Policy).

“In its report to the French legislature in 2017, this body highlighted the need to create a unified framework in the regulation of the gambling industry,” he said. “Such a solution would indeed combat the current system’s coordination limitations, which stem from the current watchdog’s fragmented and restrictive scopes of intervention.”

Although the need for a more comprehensive regulator had been on the government’s radar for several months, the impetus to reform the system came from the decision to privatise the FDJ and thereby introduce another major player to the market.

“This brought the recommendations made to the French legislature to the fore, leading ultimately to the recognition that the existing regulatory paradigm needed to be overhauled,” explained Vuchot. “At the time of writing, that privatisation was set to go ahead in November of this year in accordance with PACTE law.”

According to the Council of Ministers, ANJ will be responsible for issuing sports-betting licences to operators – a duty that previously fell under the jurisdiction of ARJEL. However, the new regulator will also be given greater powers to supervise the industry and enforce its regulations, the Council said.

Commenting on the Council’s statement, Vuchot said there was good reason to believe that ANJ would represent a tougher and more well-coordinated regulator than its predecessor, starting with the fact that ANJ would benefit from greater powers to sanction operators who breach licensing conditions.

“Where the current and future regulatory regimes differ is that the powers of the ANJ are extended to the regulation of new operators, namely the Francaise des Jeux and the PMU,” he said.

“Consequently, the new regulator has been conceived as a monitoring authority capable of coordinating regulatory strategy across a greater variety of sectors within the gambling industry and applying it to a wider range of operators.

“Existing regulators, such as the ARJEL, have been preparing for the arrival of the new regulator not only by revising their methods, but also by putting in place more effective information sharing channels with the Ministry of Financial and Economic Affairs.

“Such efforts will ultimately be inherited by the ANJ. A capacity to coordinate regulatory strategy and draw on shared information could be essential in the fight to crack down on operators breaching regulations.”

In the run-up to the privatisation of FDJ, there has been speculation that the French government could be gearing up for further liberalization with the introduction of a regulated online casino regime.

But Vuchot said this was unlikely to happen in the near future.

“From what I have seen a liberalized online casino regime issue is simply not on the agenda of lawmakers or regulators,” he explained. “Such an outcome would represent a radical about-face among decision makers from a well established position on this issue.”

“Further steps towards greater liberalisation of the online casino sector would simply be incompatible with this mission statement.”