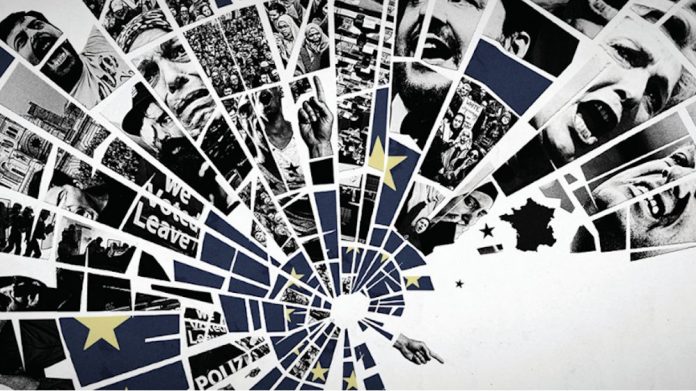 Regulatory convergence on online gambling is a win-win for EU member states, writes Dr Margaret Carran, City University of London, for the EGBA – so why is it still only a distant possibility?

There are few economic sectors that span across borders generating substantial revenues, yet still evade the EU regulatory zeal. Online gambling is one of them, writes, Dr Margaret Carran, of City, University of London – It may have been only a matter of weeks since the European Commission’s new President has been confirmed but undoubtedly, Ursula von der Leyen will already be heavily preoccupied with determining the most critical tasks of her Commission term.

As the first female head of the Commission, she may wish to add to the Commission’s many priorities the need to revisit an area that affects the lives of many families within the EU.

There are few economic sectors that attract widespread debates, generate substantial revenues but may cause externalities, span across borders – yet seem able to largely escape the regulatory influence of the EU.

Online gambling is one of them, regulation of which has traditionally been very resistant to any harmonisation attempts and one that remains firmly within the jurisdictions of individual EU Member States.

This was meant to change with the initiatives of the outgoing Commission – who aimed to enhance the protection of online gambling consumers, prevent minors from being exposed to gambling services and to encourage greater convergence in national gambling regulations.

The Commission commenced its work with the publication of a “green paper on online gambling in the internal market,” followed by a Communication, and supported by two European Parliament resolutions issued in 2011 and 2013 respectively.

These policy initiatives culminated with the Commission issuing “Recommendation 2014/478/EU on Principles for the Protection of Consumers and Player of Online Services and for the Prevention of Minors from Gambling Online.”

The aim of the recommendation’s was “to ensure that gambling remains a source of entertainment, consumers are provided a safe gambling environment and measures are in place to counter the risk of financial or social harm as well as to set out action needed to prevent minors from gambling online.”

The adoption of a soft, non-binding recommendation was the result of a compromise as any proposed mandatory legislation would likely attract high levels of opposition from Member States.

But precisely because of that, it seems somewhat paradoxical that the Recommendation was still considered to be a sufficient measure that would adequately nudge all Member States into ensuring a high level of consumer protection for their online players and one which led to the Commission’s decision to deprioritise gambling-related issues, as demonstrated by the Commission’s decision, in late 2017, to close all outstanding infringement proceedings in the sector.

It is, accordingly, perhaps unsurprising that a study which I published last December demonstrated that any confidence which may have been placed in the effectiveness of the Recommendation was somewhat misplaced.

The study found that while there is a high level of consumer protection offered in many Member States, there are significant differences in the methods and the extent to which individual jurisdictions do, or do not, protect their online players.

Tools for allowing players to self-exclude or block themselves from accessing gambling websites are offered by all licensed gambling operators in Member States – but the legal expectations materially differ as to who can request self-exclusion, its duration and whether it can be terminated before the expiry of its original duration.

National self-exclusion registers, a central register allowing players to block themselves from accessing all gambling websites allowed in their country, exist in 14 countries.

But access to these national registers is not shared with other Member States – which is clearly a problem in a crossborder, internet age where players can play on websites based in other countries.

This means a self-excluded player in one EU country could rather easily be able to access websites based in another. Also, no Member State requires automatic referral of self-excluded gamblers to treatment centres.

Identity verification, an important measure for preventing money laundering and minors from gambling, equally varies in its robustness. All Member States require online players to be verified but there are as many methods as there are EU countries and gambling companies.

All Member States care and wish to adequately protect their players but, substantively, the differences in national approaches to regulating online gambling are difficult to justify. Most Member States in principle acknowledge that effective consumer protection is difficult to be achieved within the confines of individual national borders.

Protective measures are often the same even if they differ in form or appearance. So why is regulatory convergence still only a distant possibility?

The Commission should thoroughly evaluate consumer protection in online gambling across the EU to determine whether the differences genuinely stem from real disagreements of what is, or is not, effective or whether it stems more from disguised national protectionism.

The Commission may then still decide not to pursue any corrective action but, at the very least, the question should be asked.