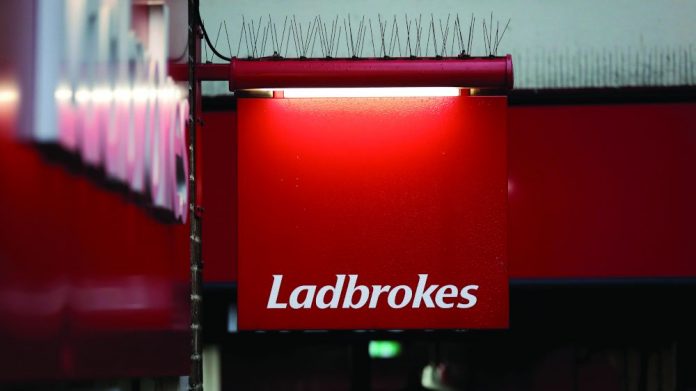 GVC subsidiary, Ladbrokes, posts a seven percent lift in over-counter bets for the last quarter – a slither of silver lining amidst the ongoing contraction in its retail operations.

GVC has once again upgraded its predicted profits for 2019, after announcing the retail slump is not turning out as poorly as it has expected.

The unanticipated reprieve came in the form of a seven percent lift in over-the counter play, which helped to offset the wider and more fully expected crash in machine revenue, which dragged retail down 18 percent.

Overall the group ended up three percent above last year’s third quarter and lifted earnings projections from between £650m-£670m, to between £670m and £680m. Online growth of 12 percent, driven in part by geographical expansion, did most of the heavy lifting.

“Online momentum remains strong across all major territories,” said CEO Kenny Alexander, who noted that was “despite the [earlier] period containing part of the World Cup.”

Share rose commensurately with the news, by three percent. Softer blows in the Uk, will give more leg room for manoeuvres further afield, principally in the US, where all eyes are focused.

GVC has made a strong start there with casino partner MGM, although competition is intensifying and recent media deals with rivals have overshadowed some of this positioning.

Under a joint venture, Roar Digital, MGM-GVC rebranded their app in September from PlayMGM to BetMGM – although they now face rivals in a significantly enlarged Flutter which acquired Stars Group to form a formidable entity in October, armed with an umbrella of major brands – including FanDuel, Fox Sports, and PokerStars.

Nevertheless Alexander told investors he was targeting 10-15 percent of the New Jersey market, where the majority of big players are now active.

Rather than pushing for a Flutter-Stars-esque deal, which Alexander said he was open to, he added that he was rather more intent on securing bolt on acquisitions in countries where GVC did not yet have a commanding share.

Other analysts have noted however that GVC was trading artificially below its rival Flutter, which had benefited from limited exposure to grey markets – but that a correction, favourable to GVC, is due.

On the US specifically, Alexander said the launch in September of the BetMGM app in New Jersey, powered by the GVC technology platform, was “a key milestone, and our US sports-betting joint venture with MGM Resorts remains very well placed to capitalise on the US sports-betting opportunity.”