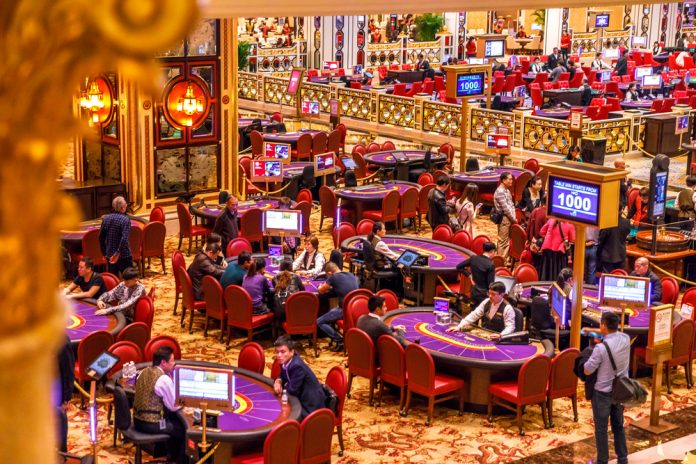 Shaun McCamley, managing partner at Euro Pacific Asia Consulting (EPA), reflects on a summer of Chinese interventions in Southeast Asia’s grey online markets – and what land-based casinos should heed from these events. 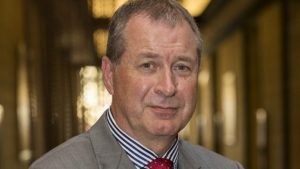 targeting illegal online gaming and those operators who target mainland Chinese players, should land-based casinos be concerned about a potential impact on bottom line revenues? To answer that question you only have to look at recent events where a large well-known junket group was specifically called out, and the governments of Cambodia and the Philippines have been approached directly to ban online gaming.

Due to the huge amounts of cash flooding out from China through cross border gaming, Beijing has been steadily applying pressure to have online casinos banned in Far East grey markets notably, Cambodia and the Philippines. Proxy betting which has become an important revenue contributor, particularly with foreigner-only casinos, has also come onto Beijing’s radar. Sun City one of the region’s biggest junket groups recently came under scrutiny when China state-run media published a story maintaining the group had been operating online casinos and offering proxy betting to China-based players, allowing them to wager in RMB. Sun City disputed the claims saying it “strongly condemns” the publication adding that it had “never owned any gaming venues or gaming tables” and “does not operate any online gaming business.” Most regional commentators saw this more of a shot over the bows of the group, intended to remind them that big brother is watching and to make sure they don’t overstep the mark. It was well timed, particularly with the group soon to open an Integrated Resort in Vietnam which includes a foreigner only casino. Sun City subsequently declared that the casino would conform and operate to Macau regulatory standards and that proxy betting, like in Macau, would not be allowed. This was a big call given that proxy betting contributes significant revenues, in some cases upwards of 45 percent and is permitted in Vietnam.

Then in August the Cambodian Prime Minister Hun Sen announced that the Southeast Asian country would no longer issue licences to online gambling businesses. The announcement further stated all such existing licences will not be renewed once they expire. As all licenses are renewed yearly in December, this move will effectively shut down all online operations by year end, and they were considerable. Sihanoukville, once a sleepy beach side province south of Phnom Phen, has over the past two years seen incredible growth in the construction of resort destinations and the issuing of a large number of casino licenses. As one commentator aptly put it “Cambodia’s government hands out new casino licenses like they were Halloween candy” – not a bad anecdote as in 2018, 53 new licenses were issued with another 19 in the first four months of 2019, bringing the total number of active licensees to 163.

Beijing has for a long time been concerned, and some might say with good cause, with what was happening in respect to Chinese citizens openly flouting the laws as they relate to operating and accepting players from China. This is particularly so in Sihanoukville where a staggering 91 of the country’s total 163 licenses were issued. From most reports the vast majority of the online business were just scams with owners making quick bucks and then running away. In fact, a senior executive working in one of the new resorts was told by his owners not to step foot into the online-leased areas of their building so as not to be associated with that business. On several occasions, Chinese security agents working with Cambodian police, have been permitted to enter Cambodia to arrest operators taking them back over the border to China for prosecution, at last count 400 plus.

Interestingly before the ink was even dry on the government’s edict, it was reported that a mass exodus of 10,000 or more Chinese nationals were booking flights out of Sihanoukville and relocating to other grey locations like Vietnam, Laos and the Philippines.

Yet another clear signal of China’s intent was urging the Philippine government to ban all online gaming. In response to PAGCORS announcement to stop accepting applications for new online gaming licenses or POGO’s as they are called, Chinese foreign ministry spokesperson Geng Shuang said during a regular press conference “We hope the Philippines will go further and ban all online gambling. This will help create an enabling environment for our bilateral relations and peace and stability in the region.” Well for now the Philippine President has indicated that will not happen, but who knows how long that stance will continue as we know things change pretty quickly there, depending on which way the wind blows.

Without doubt Beijing’s efforts to rein in Chinese national’s access to remote gaming will have a significant impact on land-based casino operations. This will be particularly so where casino operators based in jurisdictions that do not permit locals to play and who have permitted proxy betting will now need to determine if they will continue to allow China-based players to participate.

Of course a lot of this outside interference by China could be negated if suitable and enforceable regulations were in place. Online casinos, whether licensed or not in these grey locations, have been a target since the beginning, most operate knowing law enforcement either has no real power, resource or willingness to implement the legislation as it is. The worry now from the operator perspective is that proxy betting is getting lumped into the same basket.

Operators who offer proxy betting should be getting on the front foot and working with government to get proper controls in place, if they don’t things will only get worse and they will only have themselves to blame. They say a rising tide lifts all boats but in this case Beijing’s rising tide may have more of a tsunami effect if operators don’t take notice and prepare for what’s going to keep coming.