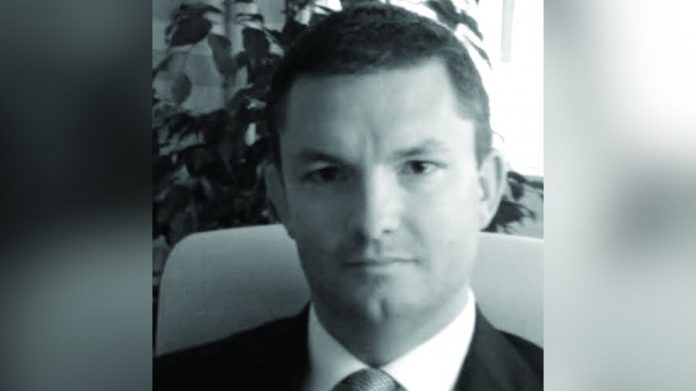 Crowing about growth may attract talent and investors, but as we’ve seen in the UK gambling market, too much success can also raise the wrong eyebrows; negative press and tighter controls. The irony, according to Regulus Partner’s Paul Leyland, is that Britain’s gambling growth narrative is not even true.

As with most businesses and sectors, gambling companies like to talk about growth. For those that are listed, there is an obvious reason why; but even private companies find a growth narrative far more comfortable than a nuanced view of the topline: it makes spending decisions simpler, it is easier to attract talent and it provides a confident framework for future prospects.

For most businesses, most of the time, growth is a good thing all round. But gambling (in the UK and elsewhere) has fallen into something of a trap: it has talked up growth, become much more visible, and increasingly attracted the ire of key opinion formers (press, TV documentaries etc) as well as – more problematically – lawmakers. There is an ironic twist to Britain’s gambling boom, however: it hasn’t happened.

Gambling has been in relative decline on a generational view, only recently picking up a modicum of real growth – which in turn has now evaporated.

Gambling isn’t booming, but the industry’s self-image of growth might just have blown it anyway. Of course the UK gambling market has grown in the period between 1999 to 2018. In fact it has grown by £7bn, or 85 percent – which sounds like a lot.

However, there are two important caveats to this data. The first is basic but often misunderstood by wider stakeholders.

The GB Gambling Commission only started fully regulating land-based gambling (and lotteries) in 2007 – when officially collated revenue records began (though a combination of listed company data, Companies House filings and HMRC/HMT data allows us to build a pretty accurate picture of what went before).

Those that prefer a good story to solid figures might think we are splitting hairs here – both look like big numbers. But one isn’t. Growth of 52 percent over ten years sounds like a lot. But the economy has also grown a lot over ten years.

Household Disposable Income growth over the same period was 36 percent or 3.1 percent CAGR. The gambling industry over the last decade has therefore outstripped consumer spending power by a material but not all that significant 1.2ppts per annum.

In other words, the proportion of disposable income that British consumers are spending on gambling has moved from 0.95 percent in 2008 to 1.06 percent in 2018 – hardly an explosion, even factoring in a (lottery-led) reduction in the overall player-base. But even this is not the complete story.

2008 was the last ‘good year’ for the British consumer before the financial crisis became widespread recession: in 2009-11, HDI growth fell from a previous average of 4.5 percent p.a. to just 1.9 percent: materially below the prevailing headline rate of inflation (3.0 percent) and so a real-terms decline in living standards.

2008 was not that great a year for gambling, however (other, notably, than bookmakers – likely benefiting from substitution).

Land-based gaming sectors were still reeling from the Smoking Ban (H2 2007) and the loss of S16/21 machines (similar to FOBTs; Q4 2007): the aggregated revenue change for casinos, bingo, arcades and machines in pubs was -13 percent or nearly £500m lost (i.e. a shock broadly similar in magnitude to the B2 ban given inflation, but more widely felt).

Growth was even spluttering somewhat online (up ‘only’ 8.5 percent in 2008), in the gap between heavy user adoption of a relatively poor desktop product (with limited to no mass market appeal) and the broadband / in-play / mobile / advertising growth drivers that powered the sector from 2010 onward.

Therefore – and optically very importantly – the official data (April 2008-9) starts at a trough in overall gambling spend combined with a cyclical peak in consumer spend.

If we go back another decade, we find overall gambling spend averaged a fairly resilient 1.1 percent of HDI, before the public health and regulatory changes of 2007 uncoupled this and brought it down to 0.91 percent (2009 was the trough: negative regulatory change + recession = bad news for gambling).

Therefore, what online has done between 2010 and 2018 is not grow gambling to new highs, but allowed it to normalise some way back to pre-recessionary and regulatory impact (which, significantly, were not designed to cut gambling demand levels at all).

Indeed, to get back to pre-recessionary equivalent levels of consumer spend / sector revenue, gambling would need to add another £1.4bn – an additional nearly 10 percent of the current industry total, and then grow with at least inflation.

On a longer term view, gambling in Britain has not been growing in real terms: the industry had barely been able to claw back some of its pre-recessionary position before a new wave of regulatory change has driven it back further.

There are some structural reasons for this, some regulatory but also plenty that are strategic/operational.

The big question for the UK gambling industry, therefore, is not whether it can maintain its pace of growth under increased regulatory pressure, but whether it can responsibly engage with a wider audience again and sustainably build in reality the overall growth story it thought it already had.