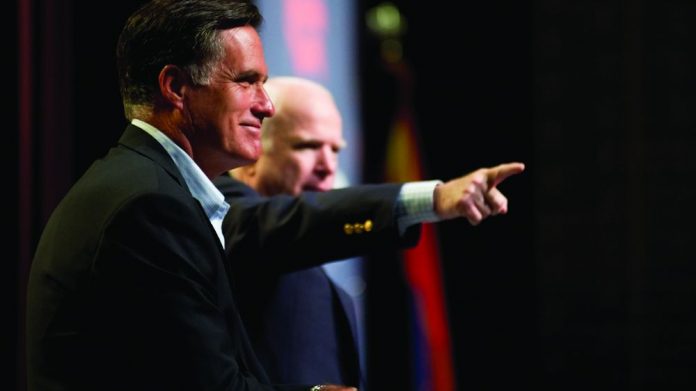 Senator Mitt Romney is poised to pick up where his predecessor Orrin Hatch left off: a federal sports betting bill of as yet unknown proportions. While US sports leagues are likely to benefit financially from any federal law, the NCAA says it hopes to be ‘carved out’ of legal betting altogether.

Federal oversight of sports betting has come back into play with the news that political heavyweight Mitt Romney is set to take the reins on a dormant congressional bill.

The former Republican presidential candidate is reportedly in the early stages of collaborating on federal sports betting legislation with an unlikely ally, Democratic Senator Chuck Schumer.

Schumer had previously been sponsoring a bill, the Sports Wagering Market Integrity Act, along with co-author Orrin Hatch (since retired) but which failed to gain momentum after being introduced to congress last December.

College and amateur sports league, the NCAA, was quick to endorse the rumoured federal action, adding that it hoped for a “carve out” for college sports in a potential new bill.

“We are absolutely supportive of federal regulation,” NCAA vice president of hearing operations Naima Stevenson Starks, a point person on sports betting, told ESPN. “It’s fairly daunting to think that every state would have a different set of regulations. Having some minimum standards, we are very supportive of and have been an active proponent of.”

The NCAA has traditionally been resistant to legal sports betting that has swept across a dozen states since PASPA was repealed in May last year. Some states, like New Jersey, do not allow betting on amateur games played in their own state, yet none have thus far decided to specifically prohibit wagering on college sports.

The NCAA’s main opposition to wagering revolves around integrity – an especially sensitive issue for the league given the age of its players and that fact they are not paid, and so have less incentives not to engage in match-fixing.

Many industry experts, such as former deputy president of Sportradar, Dr Laila Mintas, have suggested that the most effective solution would be simply to pay the players.

The NCAA won’t, but has enlisted the help of German integrity firm, Genius sports, to monitor betting markets for suspicious behaviour.

The league also set up a committee of NCAA governors on sports betting. However, the group was slammed in the press in August for refusing to implement the industry normative “player injury report” which, in making availability and performance common knowledge, protects players from opportunistic fixers.

The committee counter-intuitively stated that it had “significant concerns about the purpose, parameters, enforcement and effectiveness of a player availability reporting model, and concluded that it “would not advance student-athlete well-being nor protect the integrity of competition.”

Unlike the other leagues however, NCAA bosses may think they have a chance at getting bets on college games banned at the federal level – if it can make regulation appear acutely more difficult for it to adapt to.

As Starks continued: “The Supreme Court, in its decision, has made it somewhat challenging for a complete carve-out on college athletics to not be something that would be legally challenged at the end of the day.

“Certainly, if there were the ability to have some kind of carve-out on college athletics altogether, that would be something that I know most would be supportive of,” he added.

“Whether or not that would be something that the federal legislation that’s being proposed would do, given that states are already doing it, I think that might be a challenge for the bill potentially to get passed, which is the ultimate goal.”

OUT WITH THE OLD

Co-author to Schumer’s previously draft, Orrin Hatch (who was incidentally co-author to the infamous Professional and Amateur Sports Protection Act) was congress’s oldest serving senator, until he retired in November when Romney won his seat in the election. Despite Hatch’s former bid to protect amateur sports, the bill he and Schumer had devised did not expressly prohibit betting on college games – although it is not entirely clear that a new iteration with Romney’s backing would not also. Hatch-Schumer were primarily concerned with “a much larger illegal sports wagering market that circumvents the taxation, anti-money laundering controls, and other regulations of the legal sports wagering market.” According to Gambling Compliance the impending update will contain an official league data mandate until 2024. The industry could stomach that; leagues and official distributors of their data, such as Sportradar and Genius would in this case be prime beneficiaries. Whether the bill gets more heavy, resuscitating integrity fees perhaps, or imposing more stringent responsibility measures remains to be seen – as does the likelihood of its passing. Given the majority of states are itching for sports betting in some respect, common sense would suggest that only the lightest touch legislation would have a chance of success. However, political capture at the congressional level, by certain deep-pocketed interests, is always a consideration. 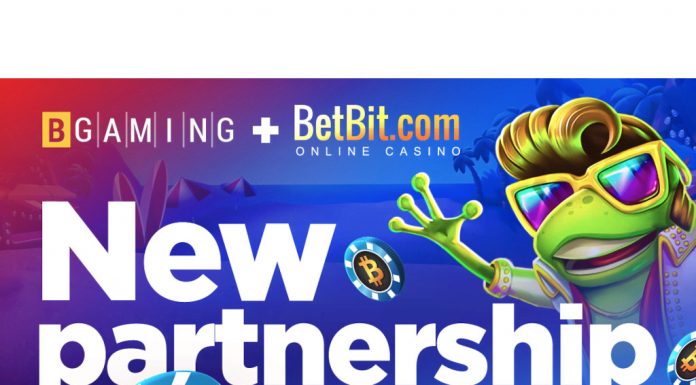 BGaming widens its presence in crypto projects with BetBit