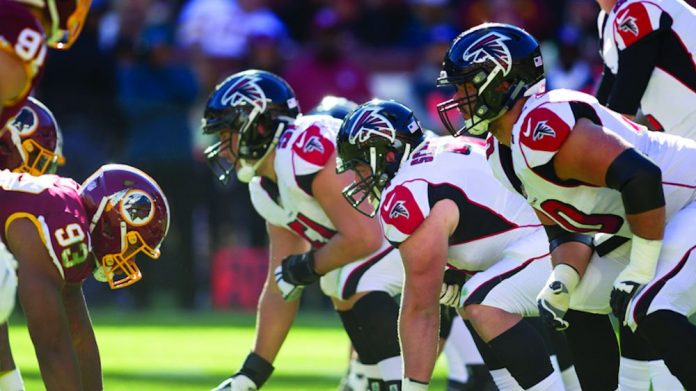 Competition intensifies in the run up to the centennial NFL season – as the world’s largest gambling groups go head-to-head for an estimated 40 million punters.

A flurry of legislative and commercial activity in time for football season has set the stage for the world’s biggest bookmakers to wrangle over an estimated 40 million punters across 13 regulated states.

Already more than a fifth of the US population has access to legal sports betting – and with Illinois, New Hampshire, Montana, North Carolina and Tennessee set to launch markets, another 32 million will join them.

A recent survey by the American Gaming Association found that one in four American’s would place a bet on the NFL this year, if wagering was legal in their state.

While one in seven said they will either way, meaning millions outside the regulated space will continue to bet with friends, in pools and with black market bookies regardless.

“During this centennial NFL season, more Americans than ever before can wager on football in safe, well-regulated environments,” said Bill Miller, AGA’s president and chief executive officer. “It is clear that as jurisdictions enact policies to provide a legal alternative to the dangerous illegal market, consumers follow suit and seek the protections they deserve,” Miller added.

American punters will also have more choice than ever before, with most major betting deals now done, and the last of their respective products having launched in September.

Nowhere is more hotly contested than New Jersey. Market share there has so far been dominated (c. 84 percent of revenues to date) by the former daily fantasy duo, FandDuel and DraftKings, which were quick to leverage their vast databases of sports fans and get ahead of the pack (see chart).

This period of grace is unquestionably over, however, with at least three major contenders joining the mix in September.

Among the market entrants to NJ this month was Bet365, the world’s largest (and yet still family run) online bookmaker – whose operational nous and flare for in-play betting has made it consistently lead markets, wherever it has a presence.

Also launching in September was theScore, a Canadian sports-media company that has been gearing up to launch sports betting for several years, in anticipation of PASPA’s repeal. Swedish betting giant, Kindred, is also now in the running, under its flagship Unibet brand. One of the more formidable competitors is Stars Group, which only three months after signing with Fox Sports has re-branded BetStars in New Jersey as Fox Bet, while simultaneously launching in Pennsylvania (see page 4).

According to Robin Chhabra, Fox Bet’s CEO, the free-to-play version of the app, Super 6, has access to 99 percent of Americans – and has already onboarded half a million players.

By teaming up with Fox – “an icon in sports programming” – Chhabra claims to have built a platform “that is like nothing US sports fans have ever seen.” MGM and GVC’s joint venture, Roar Digital, has also relaunched under a new brand, BetMGM, this September, and with new tech.

Speaking to the market intensity in New Jersey, Adam Greenblatt, BetMGM’s chief executive, said Roar is “in it for the long run and to win long term. We are preparing to go toe to toe with the best.”

Meanwhile, William Hill, who has also enjoyed an early advantage until now, is said to be in “multiple discussions” for a media partnership, akin to those struck between Stars-Fox and Caesars-ESPN – no doubt feeling the heat from heightened competition.