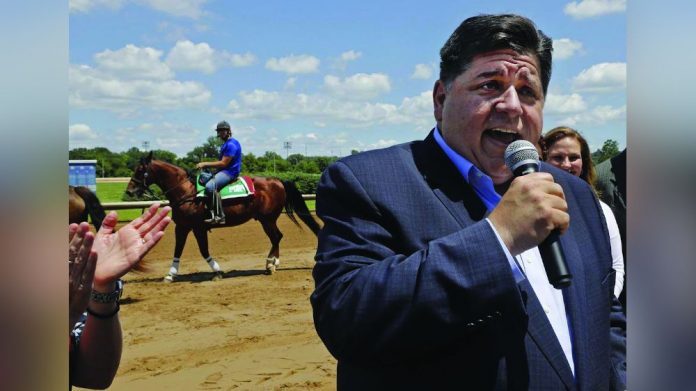 Illinois governor, JB Prtizker has appointed Charles Schmadeke as the chairman of the Illinois Gaming Board – as the state prepares to launch a significant gambling expansion.

Prtizker also appointed Anthony Garcia to the five-member board which met formally for the first time in August.

The new bill signed by Pritzker in June will help fund a $45 billion, six-year infrastructure plan – through a massive expansion of gambling points, legal sports betting at least one large scale casino project in Chicago.

The state is also lifting the allotted 40 horse-racing days to 100 racing days.

“We’re bringing more horses, more races, more days and that means more jobs,” Pritzker said. Concerns continue to be voiced however, over saturation in the region – especially as Indiana is planning a nearby integrated resorts that could cannibalise revenues in Chicago.

Others have said that the state’s own expansion of video gambling terminals could have a similar effect on the projections.

Pritzker felt that even if gambling expansion produced a zero-sum game, Chicago’s history placed it better to reap the rewards.

“This bill really brings back that industry to Illinois,” Pritzker said. “I think we can win against Indiana and other states that have been competing against us and winning up to now, we’re reversing that trend.”

There is currently no firm date on the new regime, Pritzker simply updated the media saying the state was “reviewing everything before it gets installed, we’ve got to make sure the right number of [gambling] positions are being put in.

“So I don’t want to put a timeline on it but it will be as soon as we possibly can.”