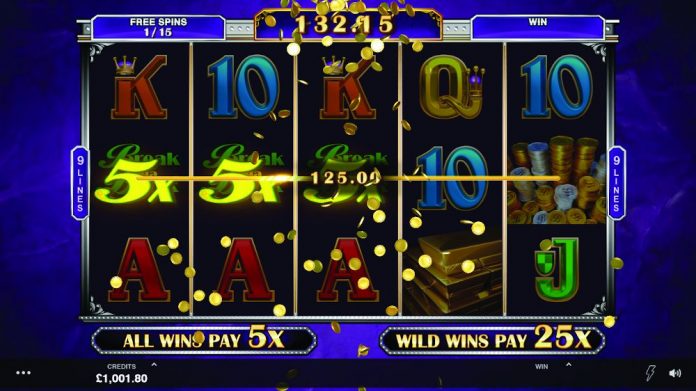 In the base game, the safe symbol acts as a scatter and can result in powerful wins. Unlocking three or more safe scatter symbols triggers 15, 20 or 25 free spins, and provides the opportunity for more frequent triggers and potential wins of up to 4,000x the initial bet.

The Break da Bank Again wild symbol is a 5x multiplier in the base game and a 25x multiplier during free spins.

“The high-volatility action, coupled with the Hyperspin feature, ensures players can expect a rewarding journey in this classic gem.” Landing one or two safes during the free spins round awards an additional one and two spins respectively.