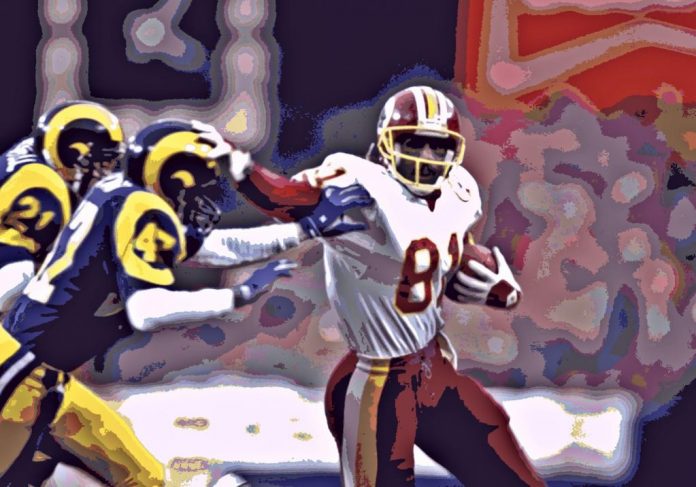 After a long history of resisting legal sports betting in the US, the country’s most major league, the NFL, is finally taking a pew – giving Sportradar the right to supply its official play-byplay data, player tracking, and live streaming.

In its first concerted effort to get in on the US betting boom, the NFL has signed a major sports betting data agreement with Swiss data specialists, Sportradar.

Despite having by far the most to gain from legalised sports betting the NFL has been the most cautious about involvement in the sector – while the other major leagues have signed a slew of marketing, sponsorship and data deals with gambling operators, and also Sportradar.

The NFL’s deal with Sportradar signifies a major shift in sentiment from the league, giving sportsbooks in the US and abroad access to that all-important “real time official play-by-play data.”

“It’s a new world and it’s a new day as far as the legalized sports-gambling landscape,” said Hans Schroeder, the NFL’s executive VP and chief operating officer for Media. “Our view is, let’s be right. When we actually go to market, we don’t want to worry about being first, we want to be right.”

The deal sees Sportradar become the exclusive distributor of the NFL’s highly sought after official data; as well as the NFL’’s Next Gen Stats (NGS) product for player tracking.

The Swiss data company will also provide integrity monitoring for the league by tracking and analysing betting patterns for anomalies as they happen for NFL games.

The prospect of live streaming of NFL games will also be made available through Sportradar for international sportsbook operators.

The precise terms of the deal (such as how much Sportradar is paying for exclusivity) have not been disclosed. Although David Lampitt, Sportradar’s managing director of sports partnerships, described it as one of the biggest deals in the company’s history.

The NFL has been working with Sportradar since 2015, when it took equity in its US business. Together they worked on the Radar360 research platform – which is today used by the league and its teams, as well as much of the US sports media – and is to remain within the scope of the new deal.

Schroeder said that Sportradar had been “an excellent partner for the last four years and has provided the league, our teams, and media marketplace with innovative data products,” although clarified that the NFL’s equity in the firm did not sway its decision to select Sportradar from among other competitors.

However, the major difference now is that Sportradar will be able to supply this data to gambling operators all over the world, in real time, supporting sportsbooks’ crucial in-play betting markets.

Carsten Koerl, chief executive of Sportradar, described the expanded contract as “undoubtedly one of the most important partnerships in Sportradar’s history.”

“We are confident we will maximize our strong partnership with the NFL and deliver ground-breaking products across the gaming, fantasy and the media worlds,” Koerl added.

“As the unequivocal global leader in sports data, we are ideally positioned to support the NFL in providing innovative products to enhance the way fans experience the game and help maintain the continued integrity of the NFL competition.”

Asides from the data supply and integrity aspects of the deal, another key feature is the right to sell live streaming rights; the price point at which this will go will largely get to determine which and how many firms will get to run live games within their apps – a potential revolution for the sector.

Either way, the deal is clearly a boon for Sportradar, sports fans and the wider sports betting industry, purely in terms of data. 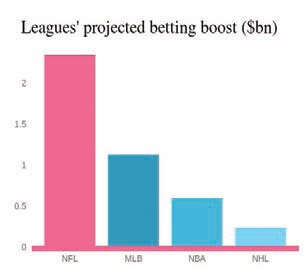 Yet the biggest winner from the NFL’s about turn, is likely to be the NFL itself. Projections from the American Gaming Association estimate legal betting, through added fan engagement, marketing deal and data supply, will bring a betting dividend to the NFL in the region of $2.3bn (see chart) – more than of which through fan engagement.

Schroeder stressed that the potential market size was less relevant than doing things properly: “What matters is making sure that we’re delivering a feed and data that is consistent and best-in-class.”