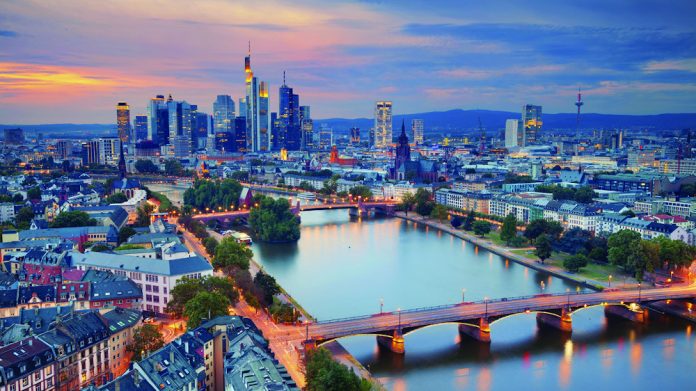 With a new interim sportsbetting law set to come into force by next year, the state of Hesse is calling on all operators to submit their applications for a new licence or face prohibition and fines.

All operators hoping to provide sportsbetting services to customers in Germany will need to apply for a new ‘interim’ licence by a specific date next year, according to officials in the state of Hesse.

The announcement was made at a meeting for operators in Frankfurt held by Darmstadt Regional Council, the body responsible for the granting of new licences under a temporary law set to come into place by January 2020.

According to Martina Vogt, who heads up the Council’s Department for Gambling, licences granted under the original Interstate Treaty since 2012 will no longer be considered valid once the new law comes into place.

Instead, online operators will have to submit new applications to the Council and adhere to a number of stringent licensing conditions, including the removal of all online casino and poker products from websites and a monthly deposit cap of €1000 for all customers.

They will also be required to submit detailed proposals for a “social concept” within their company, setting out plans for staff training programmes, the exclusion of underage and problem gamblers, and strategies for tackling gambling addiction.

In addition, operators will need to create an in-house social responsibility role for a staff member who will oversee the implementation and enforcement of the company’s “social concept”.

If licensees refuse to cooperate with officials’ requests for information, officials will also be granted powers to monitor the operators’ gambling processes in real time – although though Vogt said this would only be used a last resort.

Any licensees who step out of line – including those who try to offer online casino products to German customers outside of the breakaway state of Schleswig-Holstein – will face a prohibition order preventing them from operating further. At the Frankfurt meeting on 13 August, officials fielded questions from more than 200 stakeholders on the ins and outs of the forthcoming application process, including whether more than one brand or website could operate under a single licence.

“We don’t license brands, we license companies,” said Vogt. But in spite of the information available about new requirements for sportsbetting licensees in Germany, more questions than answers remain about what the country’s gambling regime will look like in the future.

With the interim licences due to expire on 30 June 2021 – the deadline the 16 German states have set themselves to come up with a more long-term solution – industry stakeholders are clamouring for clarity about whether online casino will be part of any future regime.

Germany’s two primary online gaming associations – the German Sportsbetting Association (DSWV) and the closely linked German Online Casino Association (DSOC) – have been harsh critics of the licensing conditions and continued lack of clarity for stakeholders over the past five years of impasse.

In a submission made to the European Commission criticising the state of Germany’s gambling legislation, Dr. Dirk Quermann, the president of the DOCV, said the ongoing hiatus was creating an unworkable system for compliant operators.

“On one hand, channelling the existing demand for online gambling offerings by creating a modern system would create legal certainty, improve the range of products on offer, remove barriers to market entry and bring black market operators into the regulated sector,” he wrote.

“On the other, it would allow for efficient regulatory action against non-compliant and unlawful operators.” If the third amendment to the Interstate Treaty passes by the current deadline of 31 December 2019, new licence applications will start being processed by the Darmstadt Regional Council from 2 January onwards.

Sportsbetting operators who are active in Germany but haven’t applied for a permit by this date will be given a deadline by which to submit their applications, potentially facing fines and a cease-and-desist notice from the state if they continue to operate without doing so.