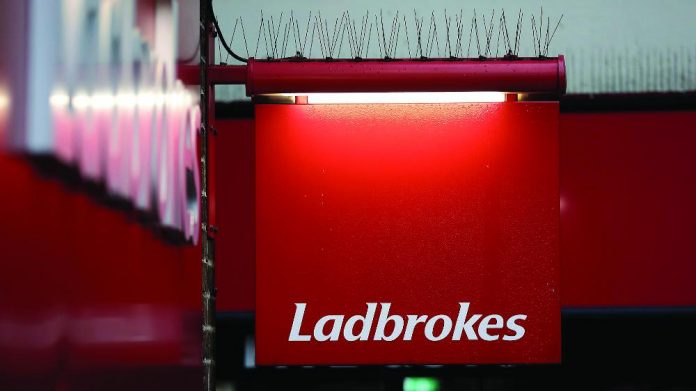 GVC has managed to keep its head above water in the first quarter since the new machine regulations came into play – with online growth in all key markets continuing to come in double digits.

While the £2 stake made a sizable dent, it was not quite as big as expected, leaving the group three percent up for the three months to June (and five percent up in for the first six months of 2019).

Online did most of the legwork, rising by 16 percent in Q2 – especially impressive given that compares to a 2018 first quarter that overlapped into the World Cup. European retail saw big gains too: up 13 percent in the last three months, with over-the-counter bets also eight percent ahead.

“Trading in Q2 remained very strong with the online division delivering continued material market share gains across all major territories,” said GVC CEO Kenny Alexander, who crediting this “outperformance” to various “competitive advantages” in proprietary technology platform, leading product, as well as “cutting edge marketing and leading brands, all delivered with an unrivalled understanding of the markets in which we operate.”

Crucially the update also reveals the first hard verdict on the future of the UK’s now heavily reduced machines sector. And even that has not been quite as bad as previously thought.

GVC’s machine revenue fell 19 percent in the first three months since the FOBT stake was reduced in April – “trends better than initial guidance”, said the firm.

The news has led to a positive correction in its projected estate.

Having originally suggested it would be closing “closer to 1,000” shops in the next two years: “We now expect up to 900 shops to be at risk of closure, affecting up to 5,000 roles.” the group said in a statement.

“This is not a decision we are taking lightly,” it stressed, and following William Hill’s pledge made last month said it work to “minimise the number of redundancies through redeployment within the business, whilst offering redundancy terms enhanced beyond the statutory requirement.”

The 100-shop difference comes down to an impact assessment which previously considered a £2 stake would have a £145m hit, and which it now puts at £120m.

After closures, this means GVC will still operate 2,500 shops across the UK – by far the largest of any other firm.

As Alexander put it: “The transition to a post £2 stakes-cut environment in UK retail is progressing very well and we believe the Ladbrokes Coral estate is best-placed to take market share.”

Nevertheless, the group’s future is clearly digital, and global.

GVC reported double-digit online growth in all its key markets, with revenue growth in Brazil and Australia especially strong, at 38 percent a piece.

The biggest prize is of course the US – where GVC is someway behind its native rivals such as Paddy Power (now Flutter) and William Hill – and is only now beginning to execute its Roar Digital joint venture with casino titan, MGM.

In May this year it secured an initial two-year permit to begin operations in Nevada. And shortly after it received a transactional waiver from the New Jersey Department of Gaming Enforcement to take bets online there too.

Alexander said that GVC was “on track” to launch in NJ in time for NFL season in September, and that it had also been awarded licences in Mississippi and Nevada.

GVC’s stock is still depressed almost 50 percent below trend however, after a series of shareholder spats around executive pay, and a poor piece of PR – when two top team members (Alexander included) spooked investors by selling of stock.

According to Goodbody’s David Brohan, analysts are unlikely to raise their guidance in GVC until a verdict has been given on sports betting regulations in Germany.

Currently Germany is something of a grey market – but once licencing is introduced, operators will be subject to much higher costs.

“There’s always been a bit of uncertainty around Germany for GVC,” Brohan told the FT, “but if you had a regulated sports betting market that would be net positive for the group.” GVC said it expects an announcement from Hesse, the state leading the regulatory process for online sportsbetting in Germany, in August.

But that its strong performance “means that any potential costs in 2019 associated with the new sports licences are expected to be fully mitigated.”