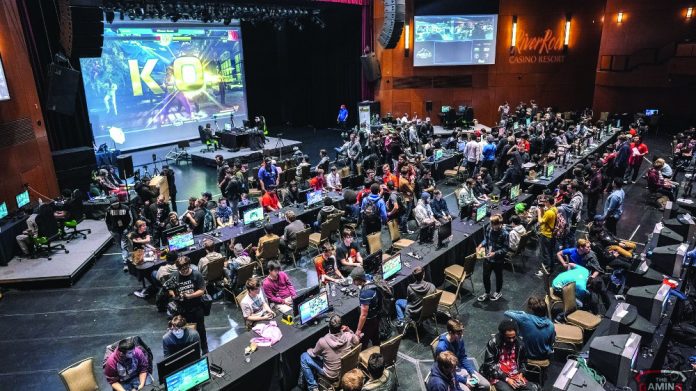 In the run up to SBC’s Betting on Sports conference from 17-20 September, speaker Marco Blume, Trading Director at esports operator, Pinnacle, discusses the key trends in the sector – from sponsorship to integrity, and making the most of all that data.

iGAMING TIMES: US Sports such as the NFL and NBA have such a heritage, does esports have the potential to overtake these titans of sporting culture in popularity and how could it do it?

Marco Blume: Esports has already surpassed these sports at Pinnacle when it comes to betting volume (the metric we use to measure popularity). Obviously this isn’t reflective of the industry as a whole due to the effort we’ve put into developing our esports product and our unique customer base, but I think it’s more a question of when, not if, esports can overtake these sports.

iGT: Research estimates esports may be a billion dollar industry by the end of this year, why has 2019 been such a successful one for the industry so far?

MB: Esports just keeps giving more to its fans. Not just more games to play or more events to watch, but more ways to get involved. The success of esports is driven by its community. As long as the community grows and stays interested, esports will only continue to get bigger and bigger.

iGT: Statistics show the average esports fan is roughly 31, how can the industry attract a more mature audience that may feel out of touch with the concept?

MB: One of the issues that meant esports struggled to reach a new audience was the barrier to entry. However, I don’t think that’s really an issue any more. There are so many different titles that will appeal to people of all ages and interests. There are limited time commitments as you can play a game from start to finish in less than 20 minutes now. You don’t need expensive equipment or to sit at a computer, you can play on the train to work on your mobile.

iGT: Digitisation has seen people change their viewing habits, does the industry need television or do you see it as the other way around?

MB: The industry definitely doesn’t need television. I don’t think many esports fans watch television and I think we’ll be saying the same for a lot of other sports fans pretty soon. Everything is either on Twitch or another streaming service nowadays.

iGT: With traditional sports launching esports competitions and big brand sponsorship from the likes of Coca Cola there’s an ongoing discussion about whether gaming could become an Olympic sport – what do you feel would need to happen for this to be realised?

MB: This idea has been floating around for a while now but there’s one glaring change that needs to be made; esports needs a governing body. Until there is one centralised organisation that works with the different developers, it’s very difficult to see esports becoming an Olympic sport.

iGT: What industry developments do you predict will affect esports in the short-term?

MB: The question over integrity is one that always arises in esports. It has been a known issue within the industry for a while, but it’s one that everyone is working hard to address. Pinnacle works with ESIC and various other partners in an effort to tackle the issues surrounding integrity and we’re now seeing the results of that work. The industry as a whole is more committed than ever to improve the integrity of esports and I think we’ll see even more people from the industry invest time and resources to this cause.

iGT: What future digital developments do you envisage having the greatest impact on the industry?

MB: From a bookmaker’s perspective, it has to be data. The amount of high quality data available in esports in severely limited compared to other traditional sports. Pinnacle has invested heavily in data over the past few years and it’s helped us make huge improvements to our customers’ experience. We’re seeing more data suppliers emerge and the quality of the available data is improving – this can only be good for the industry.

As far as the fans are concerned, the growth of digital platforms like FACEIT could have a massive impact on the industry. One of the main reasons we partnered with FACEIT for the Esports Championship Series (ECS) is to help with the work they are doing to improve the availability of esports. Online leagues (such as the FACEIT Pro League) are fundamental to the success of esports in the future, they currently play a large part in amateur players getting noticed, and potentially picked up by a team.

The esports industry has lacked a clear structure in place for up-coming players to succeed in the past, however, now that the industry is getting bigger, esport developers are starting to see these leagues as a requirement when developing the games but it is still in the very early stages. The key take-away from working with the professional leagues is for them to futureproof their games in order to create a professional circuit.