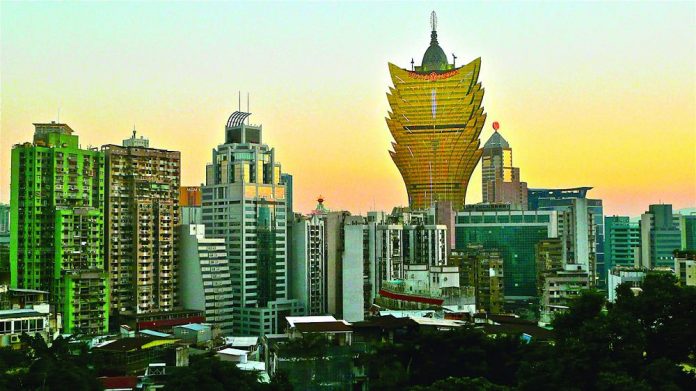 Suncity does not appear to have broken any online or proxy betting laws – either local or abroad. Although Beijing’s claims that it has, should be taken as a warning nonetheless.

Macau concessionaires have been given a warning shot by Beijing not to offer online or proxy betting to the Chinese – even in territories beyond Macau.

The message was delivered via the Chinese state-run news channel, Economic Information Daily, which accused a Hong Kong junket, Suncity, of offering online products to at least 30 players from the mainland under its Macau-licensed brand.

It also suggested that certain people associated with the Suncity brand had assisted VIP customers in placing so-called “proxy” bets – whereby an associate places a bet on a VIP’s behalf – using Chinese yuan.

Suncity immediately disputed the claims saying it “strongly condemns” the publication, which was “mostly conjectures” that “seriously damage” its reputation.

“The VIP gaming promotion business that the group and other of its entities undertake in Macau and in other countries or regions are all licensed, legitimate and regulated by the governments in the respective jurisdictions,” it said in a statement. Suncity added that it had “never owned any gaming venues or gaming tables” and “does not operate any online gaming business.”

Despite the swift response, damage was inflicted nonetheless. The Hong Kong-listed Suncity Group Holdings, which is led by Alvin Chau Cheok Wa, saw 20 percent wiped off its stock. A week later it had still not recovered.

Suncity currently has a licence to run a junket in Macau, promoting casino rooms in the jurisdiction to players, often VIPs. However it had been a major contender among applicants for one of Macau’s coveted casino operator licences, when the next window for renewal opens in 2022.

Now both could be in jeopardy. The Macau regulator, the DICJ, insinuated as much after meeting with Suncity to “better understand” the credibility of the allegations.

The regulator warned that any violations of local laws, and even violations in other jurisdictions beyond Macau, would result in “serious action”.

It did not stipulate specifically at that time what that action might be, but added in another meeting with local junket-sector trade bodies – that such violations, foreign or domestic, would “affect the suitability of Macau’s gaming promoters.”

The DICJ also urged Macau casino operators, who work with junkets, to “strictly monitor” the junkets activity, and adopt the “necessary measures” to ensure junkets are compliant – but again did not elaborate on what those measures should be.

Brokerage firm Sanford Bernstein released a memo of guidance on the matter describing it as a “warning message” for offshore operators – but that it was “too early to tell what ramifications this article brings (if any).”

“From our recollection, this is the first time official Chinese press has linked a junket with online gaming activity,” analysts at Bernstein wrote.

“The article itself could be a warning message for Suncity and maybe other online gaming/proxy betting operations to tone down excessive offshore play.”

Shaun McCamley, Managing Partner at Euro Pacific Asia Consulting, said “it’s likely the DICJ are just amplifying what is coming out of China, as that’s where the instructions and direction come from.”

He also agreed that this is a “warning shot” – and one “likely timed because Suncity are very close to opening the Hoi Anh property in Vietnam.”

As part of its diversification drive, Suncity has 34 percent equity in the $4bn IR, now 13 years in the making. And Vietnam is slowly shaping up to join other Southeast Asian casino markets such as Cambodia and the Philippines, which have been competing with Macau for its Chinese player base – largely with a far lighter touch with regulation.

Suncity did not deny promoting proxy betting, but as McCamley points out, if they did so in these jurisdictions they would not be violating local laws.

“Given the huge revenue impact Proxy Betting has on operations in other countries like the Philippines, Cambodia and Vietnam they may, under the casino license of the casino operator in that country, be offering Proxy to their players,” McCamley considered.

However, “Suncity are not licensed casino operators so if they are promoting proxy betting to their players then that should not be an issue as the group are simply offering the services of the casino under that casino license in which they have junket rooms.”

If Suncity is not breaking any rules, the real message from Beijing could be aimed at players as much as operators.

According to Bernstein, if junkets “face greater scrutiny on their offshore businesses,” this alone could deter VIPs.

“Some game play may gravitate back to Macau as players may retreat from online play and junkets may face greater scrutiny in Macau on how they interact with players; with respect to signing them up for online accounts.”