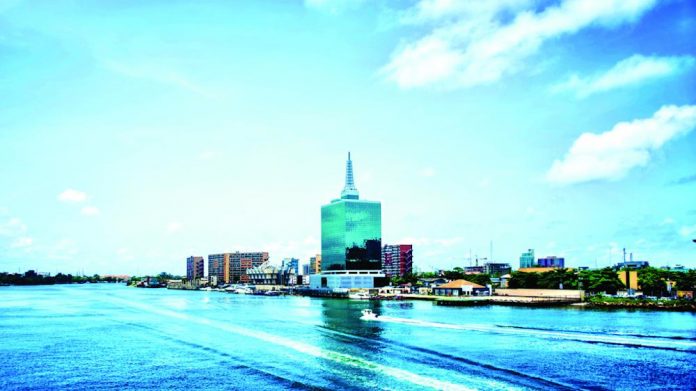 Blockchain technology has brought its disruptive nature into our financial system ushering in a new type of currency known as digital or virtual currency. This has steadily caught on in Nigeria with various publications seeming to point at Nigeria as the largest market in Africa; the reasons are not far-fetched, the informality and ease of use of this currency aligns perfectly with our financial culture.

Globally speaking the legality or otherwise of this phenomenon depends on the country; it ranges from regulated, unregulated, restricted to outrightly banned. Some countries classify virtual currency (VC) as money and legal, some classify it as an asset and legal, while in some it’s neither illegal nor legal, and have no legal frameworks in place.

Back home the Central Bank of Nigeria has proactively set up an industry committee to articulate a road map for blockchain (BC) & cryptocurrency (VC) regulation though it has also cautioned the populace to be wary, the Nigeria Deposit Insurance Company (NDIC) however categorically stated that bitcoin is not legal tender.

One of the key findings of the causes of our own financial crisis was over exposure to margin loans, inaccurate and opaque financial disclosure, and abuse of the Expanded Window Discount etc. Imagine what a difference it would have made if the Central Bank of Nigeria had access then to a “golden record” of the realtime ledgers of all regulated financial institutions, rather than trying to assemble piecemeal data of each market participant.

Under Sanusi’s market reforms he tried to put in place a proper reporting protocol. But this initiative still does not provide a complete picture of banking transactions at any point in time, this is because CBN has not harmonized reporting protocols and data fields across all platforms. It is also because of the practical impossibility of collecting sufficient quality data for both cleared and uncleared transactions to recreate a real-time ledger of the highly complex trading portfolios of all market participants.

I believe that, if CBN and other regulators in 2008 had the ability to look at real-time distributed ledger (DTL), and, perhaps, been able to utilize modern cognitive computing capabilities, they may have been able to recognize anomalies in market-wide trade activity and diverging counter-party exposures indicating heightened risk of bank failure. It would certainly have allowed for far prompter, better informed, and more calibrated regulatory intervention instead of the disorganized response that unfortunately ensued.

As the CBN looks at this new development, they need robust consultations with key stakeholders and related institutions. Some of the key issues for determination however include the application of the extant tax regime especially VAT and how to plug the holes that enable tax evasion; how to protect people from scams (ponzi schemes) and children/vulnerable people from sale of drugs, enforcement against unethical and illegal activities, plug holes that encourage the hiding of assets, proceeds of corruption, money laundering and the financing of terrorism – for which Nigeria is already notorious.

Other critical issues for consideration are how to create unique identification, which protects people from the loss of private keys as well as creating digitals rights for IP protection.

Investment in blockchain faces the danger that when regulation does come, it will come from a dozen different directions with different restrictions stifling crucial technological development before it reaches fruition; while CBN has issued a statement on virtual currencies I believe that it is the duty of National Information Technology Development Agency (NITDA) to set a broad and predictable framework for the underlying technology that will form a basis for other agencies build their peculiar and unique regulations and guidelines around.

Fortunately, there is a good model for the healthy development of BC – the “ do no harm” approach to the early Internet. Two decades ago, as the Internet was entering a phase of rapid growth and expansion, the US government established these foundational principles: the Internet was to progress through human social interaction; voluntary contractual relations and free markets; and governments and regulators were not to harm the Internet’s continuing evolution.

“Do no harm” was unquestionably the right approach to the development of the Internet. Similarly, “do no harm” is the right approach for BC. In this technology-driven economy innovators and investors should not have to seek government’s permission, only its forbearance, to develop BC.

Once again, the private sector must lead. Regulators must avoid impeding innovation and investment. Instead, they must provide a predictable, consistent and straightforward legal environment. Protracted regulatory uncertainty or an uncoordinated regulatory approach must be avoided, as should rigid application of existing rules designed for a bygone technological era.

Though this industry is in its infancy and still subject to a lot of debate about the pros and cons, one thing is certain – “it is unstoppable” and can certainly become a tool in the hands of the Federal Government of Nigeria for the promotion of its regional trade objectives like ECOWAS and NEPAD as well as help drive Nigeria’s cashless economy policy.