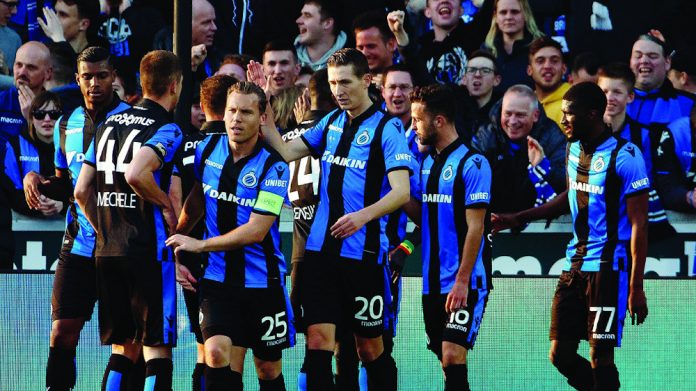 The spectre of advertising restrictions is sweeping across Europe, with Belgium only the latest to begin implementing a near comprehensive ban this summer. As Brussels-based gaming lawyers, Alexis Laes and Dirk Van Liedekerke, point out – it is doing so with eyes wide open, fully aware that it may push players to the black market.

Ad restrictions are clearly in vogue across Europe. A fever that took hold in Italy last year – when the populist coalition government opted for a complete ban of all gambling advertising (TV, online, pitchside and on shirts) – has since spread through the Nordics, the UK, Spain and Belgium.

After initially trialling a more suggestive approach, a commission in Sweden is now considering whether a full-blown ban would not be more appropriate. In Spain too, the newly-elected Socialist government is also preparing restrictions. Francisco Fernandez Marugan, the country’s serving ombudsman for citizens’ rights, has urged the new executive to introduce a complete ban, saying gambling shares “characteristics similar to those of tobacco or drug use.”

Fernandez Marugan wants all ads removed from TV, radio and online – with only state-run or charity games exempt. The ombudsman’s recommendations are normally approved in Spain – but even if a total ban is not accepted, he’d recommend at least tighter restrictions on when ads can be shown, and a ban on celebrity endorsements.

Even in the UK, a bastion of open and free gaming markets everywhere, policymakers are toying with a ban. Operators have taken the lead so far: in an attempt to prevent further tightening (mainly online) major players in the market have agreed to remove their ads from pitches, and in-game TV commercials – and in some cases even shirt sponsorship.

The effects of such action are disputed. Ad bans tend to favour fewer larger well-established brands, who will have less competition from lesser known market entrants – potentially leading to worse pricing for consumers and less innovation.

What is more clear is that without advertising there is less incentive to obtain a licence – with all the costs and reporting that goes along with it. Because if players have no way to distinguish between legitimate and illicit gambling companies – they’re just as likely, if not more so, to place bets in the black market.

This cold reality has not stopped Belgium however, which began experimenting with its own gambling bans this summer.

In a familiar a battle of wits, the success of the regulated market had begun to chafe: messaging got out of hand; the regulatory intervention came in too slow and politicians got heavy handed.

Among the restrictions implemented in June this year, casino TV advertising is prohibited, and firms are only allowed to advertise online via sites sites licensed by the Belgian Gaming Commission (BGC). Sportsbooks can advertise on TV, but only after 8pm. Bonuses will be capped and celebrity endorsements are no longer allowed.

BGC president Etienne Marique described the ban as no more than “a step forward for the limitation of advertising for games of chance” – although it is unlikely to have such limited effect.

As European gaming lawyers, Alexis Laes and Dirk Van Liedekerke of CMS DeBacker in Brussels, point out: “due to the very restrictive character” of the measures “it cannot be excluded that the regulation could have a negative impact on the online gambling sector (perverse effect), by reducing the attractiveness of the available legal offers of gambling services and thus redirecting the players towards the illegal market.”

Interestingly, the government appeared to acknowledge the risks of its proposals, attaching this impact analysis to the European Commission: “Holders of supplementary licences will be faced with stricter rules as regards their proposed advertising, player admission and monitoring, limitation of the gambling options, etc. which could have an impact on the attractiveness of games. Over-strict regulation could have a reverse effect that could push players back towards illegal options.”

It’s only measures to mitigate this reality, is to arm its regulator with greater powers to monitor and enforce the market.

“Only time will tell whether the measures imposed by the Royal Decree have succeeded in achieving this delicate balance between the player’s protection and the attractiveness of (legal vs. illegal) online gambling,” Laes and Van Liedekerke went on.

“Particular attention will have to be given to the next set of figures and statistics to be published by the Gaming Commission, in order to determine whether the regulation has borne fruit or proved to be counter-productive.

“Let us hope that the old saying according to which “the road to hell is paved with good intentions” will prove to be wrong.”