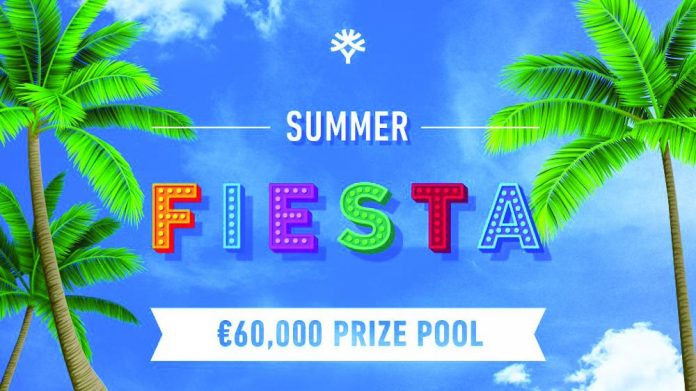 Yggdrasil is celebrating the seasonal sunshine with a thrilling ten-day Summer Fiesta campaign from the 8 to 18 August 2019.

During the period, the firm will give out a total of E60,000 to players participating in a special jackpot-drops-and-mission campaign running across a wide range of its award-winning slot titles.

“We are excited to launch our Summer Fiesta campaign, which will surely make someone’s summer holidays better and will bring a lot of smiles,” said Ana Georgieva, head of player marketing.

“For ten days in August, Yggdrasil games will have the power to make our players’ summers very special, and it couldn’t be easier for operators to facilitate our campaign. Combining huge jackpots and fun missions, our Summer Fiesta has something for everyone, and we can’t wait to have a great time with our fans.”

Jackpot drops combine the popular prize drop tool with the recently released jackpot game Jackpot Raiders, as well as Ozwin’s Jackpot, and the classic title Holmes and the Stolen Stones.

During this first part of the campaign, players must simply open one of the participating games and place a bet for a chance to trigger one of the many cash rewards including three considerable jackpot prizes.

At this stage, players can also win one of the several jackpots offered in the participating slots.

In the second part of the campaign – dedicated to Missions – players will have to complete objectives in the participating games and rank on a leader board for a chance to win one of the 400 prizes available.

Yggdrasil added that the campaign requires no set up from operators, with all prizes covered by the developer itself.