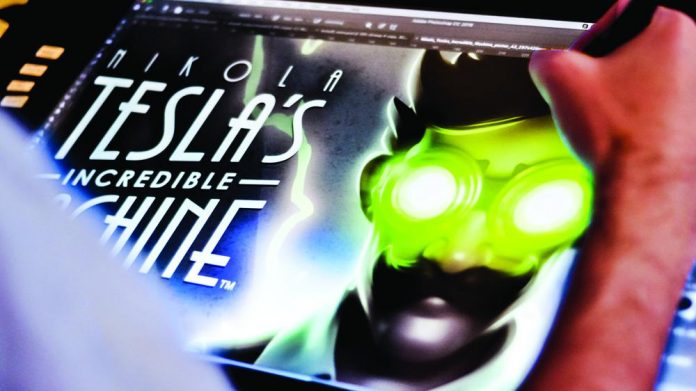 Per Heden, chief product officer at Yggdrasil Gaming, offers a look under the hood of one of the most innovative outfits in the gaming.

A year and a half ago, we launched our YGS Masters programme, a revolutionary new concept where we invite world-leading independent studios to develop games on our platform. Since then, we have signed with six studios with more deals expected to be announced soon. We have also launched our very first game as a result of the programme, Niagara Falls from partner studio Northern Lights.

Next month will see the release of two epic new games under the YGS masters banner. Partner studio Rabcat will electrify players with the power of Nicola Tesla’s Incredible Machine, a fantastic new game, exclusive to YGS that delivers a truly stunning player experience. The game celebrates the mastermind behind modern electricity and invites players into his lab which is full of high voltage features.

YGS Masters is also proud to present the first title from Avatar UX, the explosive Lilith’s Inferno. This all action slot game features the eponymous heroine battling a series of bosses in a lava lake to unlock extra spins and masses of free rounds wilds.

We launched YGS Masters to give smaller studios who would usually not get the opportunity to develop their games a chance to make their ideas a reality. We believe this is beneficial for all stakeholders in an industry that has become crowded with suppliers that develop a huge amount of content every month but arguably very similar in terms of themes, maths, gameplay and features.

At Yggdrasil, innovation is at the forefront of our minds as we create new products. As well as traditional slots games, we have also developed the next level table games including our first cross-vertical game Dr Fortuno, available both as a video slot and a blackjack table game and featuring the same cross-vertical jackpot.

Over the next few months, we will introduce a new line of high volatility, mobile-first table games which will focus on providing the best user experience across all devices. Our new Golden Chip Roulette will be our first VIP-themed roulette that looks and plays like a premium product. The game is packed with innovative features that increase user engagement, including amplified near miss experiences, a ‘pinch to zoom’ function which makes it easier to place bets on phones and straight up bets offering odds ranging from 10x to 500x instead of the normal 36x on standard roulette.

Our expanded and enhanced table games portfolio will offer high volatility game designs, which give players a higher win potential with every round. This will also include an improved version of our promotional tool, BOOST, to debut in table games – launching with Prize Drops and Missions allowing Yggdrasil partners to create unforgettable campaigns and present players with instant rewards.

Our new table games are the result of our constant efforts to innovate and develop products that benefit our operator partners and their players. We have worked hard to improve the experience of traditional table games and believe our new offering takes the vertical to the next level.

With the improved features, new designs and a firm focus on player experience, our table games will provide players with the best gaming experience and plenty of opportunity to win big.