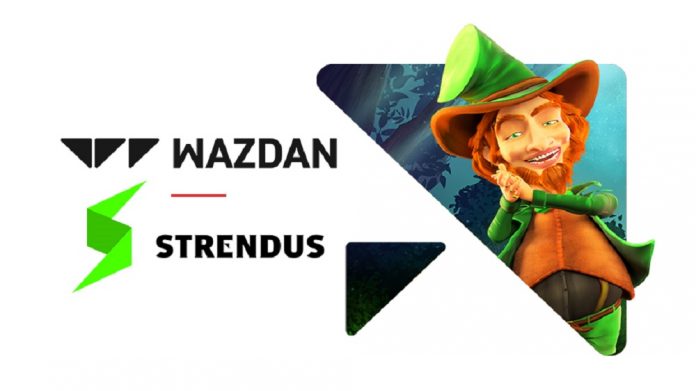 Wazdan has announced its first step into the regulated Mexican iGaming market via a partnership with Logrand Entertainment Group.

Wazdan games can now reach players across Mexico via Strendus, one of the leading casino brands in the Mexican market, part of the Logrand Entertainment Group.

Strendus is the most secure and trustworthy online entertainment platform in Mexico. Its mission is to be the leader in delivering unique and exciting experiences that exceed the expectations of customers, collaborators and the wider community of the gaming and entertainment industry. Strendus currently offers players more than 2,000 games in the categories of slots, video bingo and casino in a 100 percent safe digital arena.

Known as a strong operator within the Latam region, the partnership with Strendus presents a fantastic opportunity for Wazdan to get a foothold in the market and have its games reach new players throughout the region.

Wazdan is an innovative game developer with more than a decade worth of experience and upward of 115 HTML5 games available in their collection. Its commitment to exploring new technology, releasing titles every month and pushing the limits of their offering is what has given it a name as a top-tier slots developer.

In the past years, Wazdan has grown rapidly in regulated markets with the game producer now holding licences including the MGA, the UKGC, Romania and Curacao. Wazdan is also certified to offer its products in Sweden, Latvia, Lithuania, Estonia, and now Mexico.

Market expansion is not all the company has been working on lately, this year it has released a host of exciting new game titles, including Lucky Fish, Relic Hunters and the Book of Faith, Lucky Reels, Space Spins, Magic Stars 5, Space Gem, Juicy Reels, Magic Stars 6, and their game of the year, Larry the Leprechaun.

“Wazdan is a world leader in slot games. In Mexico, their games will be offered exclusively through Strendus and will contribute to developing the brand as a platform of preference for online entertainment, and one of the most important digital casinos in Mexico” said Lenin Castillo, director of online operations at Grupo Logrand.

“Strendus is a leader in the Latam region, and we are proud to offer Wazdan games through their platform. Entering into the Latam region is an exciting prospect for Wazdan, and we look forward to developing an exciting offering for Strendus and our Mexican players” says Andrzej Hyla, head of sales at Wazdan.