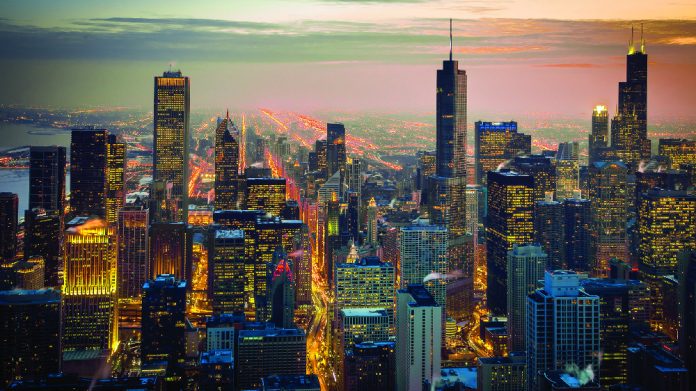 As daily fantasy operators, DraftKings and FanDuel, are locked out of Illinois’s betting market – lawmakers are accused of rigging competition to support local stakeholders, compromising the regulator, and even sidelining a revered piece of anti-corruption law.

Just days after Illinois announced a massive gambling expansion, the state’s lawmakers were coming under scrutiny for shady process reminiscent of Chicago’s past.

In a state famed for corruption and who-you-know permit policy, certain local stakeholders have won very big from a preemptive curtailing of competition in the new market – and hairs were raised by a curious clause that excludes the regulator from a crucial obligation of anti-corruption law.

Controversially, daily fantasy giants, DraftKings and FanDuel – which have been trailblazing across America’s new sports betting markets since last May – have found themselves locked out of the market due to the lobbying efforts of certain local stakeholders.

Jason Robbins, CEO of DraftKings took to Twitter to lament: “While it is good to see sports betting bills passed, excluding DraftKings and FanDuel is like passing a ride sharing bill that excludes Uber and Lyft.”

He added: “Very disappointing that Illinois customers will not have the best options available to them for 18 months.”

The bad actor clause, which essentially states that anyone operating illegally in Illinois prior to the market launch will be blocked from a licence for a crucial 18 months.

Given one legal precedent – a 2015 advisory opinion from then- Illinois Attorney General Lisa Madigan which said that DFS was not skill gaming, and was therefore illegal – both FanDuel and DraftKings are considered to be bad actors.

One of the biggest winners of the new regime is Neil Bluhm, a billionaire Chicago real-estate magnate, and a major donor to the Democrats – who is incidentally chairman and founder at both Rivers Casino and Rush Street.

At a March hearing held in Chicago, the issue was being pushed by Paul Gaynor, an attorney for Rivers Casino. While Greg Carlin, CEO of Rush Street Gaming, said he thought the legislation could have been tougher on the DFS duo.

DraftKings and FanDuel stepped up to the fight launching a $1m televised ad campaign aimed at Bluhm and his interests in blocking them from the market. The campaign was pulled the very next day however, “at the governors’ request.”

“Imagine if your entire competitive strategy was to lobby to keep the best products out of the market,” Robbins proffered in less diplomatic follow-up Tweet aimed more directly at Rush Street. “How bad must you think your own product is? (I would tweet this at Greg Carlin but I don’t think he’s on Twitter).”

While neither stakeholder disputes, nor campaign financing and lobbying on behalf of land-based casinos is unusual in gambling, the legislation is also raising eyebrows for explicitly flouting anti-corruption law.

Chicago has a reputation for corruption dating back to the incorporation of the city in 1833; just this year a report from its own university crowns Chicago as the most corrupt city in the US.

According to David Greising, president and CEO of the Chicago-based Better Government Association, the practice of visiting your local alderman “on bended knee” in search of a business permit, is “a convention of the City Council.” This system is so embedded, he says, it’s become a way of life.

“There is a perverse sense of civic pride in this terrible reputation we have. I don’t share in that pride. I’m disgusted by it.”

In 2009, Lisa Madigan (the same attorney general cited to block the DraftKings and FanDuel) worked with lawmakers to strengthen the state’s transparency laws, with the Open Meetings Act, that obliges any public body to publicise the transcripts of every meeting.

Yet this new gambling expansion bill deliberately exempts the regulator, the Illinois Gaming Board, from such obligations.

Adding more concern to the mix, Governor Pritzker, is preparing to replace the key staff at the regulator with his own appointees.

The editorial board at the Chicago Tribune urged Illinois’ “freshman governor” to remember a similar incident in 1999, when the legislature ignored complaints from the Gaming Board staff and “steered” a casino licence towards a group of nefarious investors.

The incident lead to the unwinding of then governor Rod Blagojevich, in whose impeachment, tapes were released of him, promising to direct public funds to racing in exchange for campaign funding.

“The Gaming Board’s responsibilities are vast,” wrote the Chicago Tribune. “Now the board will be tasked with a mountain of additional responsibilities. Insiders will press for quick turnaround. Lawmakers are hungry for revenue. The pressure to decide, to approve, to sign off, already is mounting.

“Pritzker cannot, should not, soften the posture of the Gaming Board. The potential for scandal is too great. The cookie jar is inviting. Leave it to the experienced regulators at the Illinois Gaming Board to determine which hands get inside.”