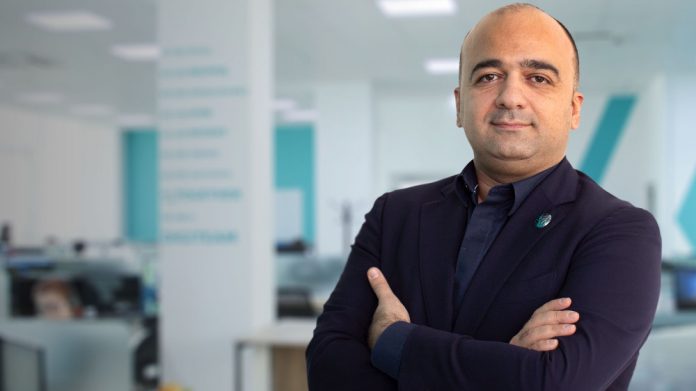 Suren Khachatryan, CCO at Digitain, looks at the emerging LatAm opportunity and assesses the landscape across a continent of increasing potential.

The buzz around igaming in Latin America has risen from a hum to a din over the past year. Indeed, you need a careful ear to separate the key messages from the white noise. Of course, the US, China and Japan remain the 800-pound gorillas for newly-regulating market potential, but the possibilities are progressively palpable in LatAm.

It already feels like an eternity since Colombia staked a claim in 2017 by getting the ball rolling on online licensing, and its market has gone from strength to strength ever since. Sensible, workable legislation was the Colombian key, and the industry is now watching with bated breath to see if other LatAm markets will follow such practical stewardship of unfolding legislation.

Elsewhere, Peru has followed in Colombia’s regulatory footsteps by establishing a functioning market, even though it currently straddles the line between regulated and unregulated. In other news, Brazil – for so long titled the “breakout” contender in South America – has finally taken a major stride towards legislation of online gambling with the Federative Republic government’s passing of a sports betting bill. And with casino soon to follow suit, we’re certainly witnessing a step-change, maybe even a sea-change. Just recall to mind those recent Remote Gambling Association estimates that the Brazilian market could be worth almost $2.1bn if correctly regulated.

Argentina is also shaping as a land of opportunity, having granted online casino gaming licences in a couple of regions, whereas Mexico’s thriving population should never be overlooked. Indeed, with Brazil and Mexico’s combined populace accounting for nearly 80 percent of the LatAm market, you don’t need to have an accountancy degree to evaluate the latent potential in those numbers, especially with smartphone adoption rates rising across the continent, thanks to progressive affordability and increasing 4G coverage.

Considering the overall population of Latin America (matching Europe’s), its steady growth, not to mention its largely untapped status, the bottom line is: online software developers and operators can easily make big returns if they target the region with localised solutions. Furthermore, it is vital to acknowledge that this new wave rides on the crest of mobile – just witness the 19 percent year-on-year growth for mobile platforms in the region. These predictions project that there will be some 235m plus smartphone users by 2021.

In short, and it’s also the case to some extent in Africa and some corners of Asia, the time to strike is now as the pace of technology in these emerging territories catches up with more mature markets. Furthermore, I would argue that if you’re not awake to fast-developing markets such as LatAm (and, by all means, throw in the likes of China, India, Japan and Africa) you might as well be rearranging the deckchairs on The Titanic. Sure, it gives you something to do in the short-term, but ultimately you’re going to sink without trace. The volumes in these jurisdictions are so consequential, you can’t disregard them.

Back to LatAm specifically where, as we’ve discussed, the advance of the online sector is being powered by mobile. Therefore, operators who cannot provide an engaging mobile UI have been quickly left behind. Generally, though, operators will need to think local. Rolling out the same products and services that have worked in Asia or more mature European markets won’t reliably work, even if there will naturally be generalizable aspects.

Digitain has premised its business model on a flexible, modular platform that can succeed in a fragmented domain where legislation is still evolving. Operators need to customise the experience in order to earn the trust of both players and authorities. Distinct cultural trends need to be accounted for, too. So, again, a flexible front end and interface goes a long way to servicing specific player needs. If you can achieve the right elasticity of approach, though, the rewards are there for all to see.

Our business now boasts focused product teams for mobile – both mobile web and native applications – and we’re consistently rolling out more cutting-edge functionality. The cornerstone for Digitain is speed. After all, in the modern digital economy, all mobile consumers now make up their minds as to a brand’s compatibility in a matter of seconds. If the app or mobile site doesn’t load swiftly, you could create a negative customer experience and lose the player to a competitor. So, while functionality and the user journey are paramount, constant optimisation of page-load, scroll and click speeds are crucial KPIs for our partners across the continent.

At those aforementioned $2bn estimates, the LatAm mobile gaming and gambling market should be over three times bigger than Southeast Asia alone. And this growth is expected to continue, with only some 150m of approximately 630m people currently using smartphones. More specifically, while we know the gambling industry has struggled in recent years to truly engage millennials, a demographic that is particularly exacting when it comes to expecting a mobile product to deliver an engaging and social experience, the tech is now there to accommodate their demands. Further, with the rise and rise of virtual sports around the world (now a $4bn industry featuring the youngest population in the world) the divide between gaming and gambling is finally being bridged for a younger demographic, primed across LatAm, as long as you get that UI right.

We are about to mark a generational shift in which over 50 percent of the workforce will be made up of millennials by 2020. They represent the next generation of players: smart, high-volume, but more discerning in that they value personalised, innovative journeys – and expect them across multiple touchpoints. And we are now starting to see the next generation of omni-channel products take shape in order to meet them in the mobile marketplace.

Consequently, a targeted modular platform, which is agile enough to cope with numerous needs, will grant operators the most straightforward route over the newly-regulating LatAm landscape. And while conflicting legislation and divergent tax rates can always prove an impediment to practical progress, most governments are finally recognising the salient truth that only a responsible fully-compliant gaming industry, with all the attendant benefits, will grant us the best way out of the unregulated woods.

Whichever path or territory you choose in LatAm, though, remember one thing: this revolution will be mobile.