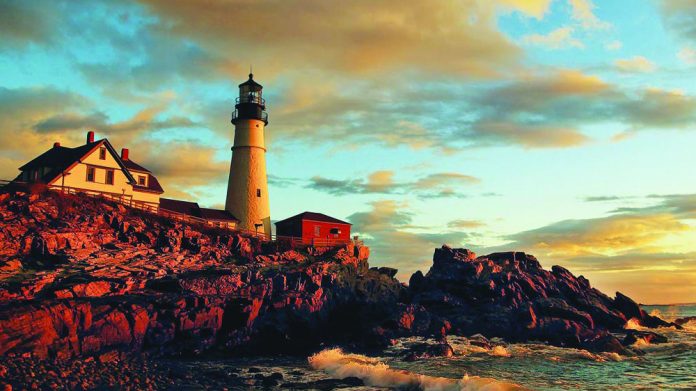 New Hampshire and Maine both manage to push legal sports betting over the line in the final moments of the spring session. But New York fails once again to attach mobile betting to its restrictive regime – and Louisiana’s longshot gets sunk by a poison pill. America is treading along with a degree of trepidation.

Having become the centre of states’ fight against the Wire Act – and finally winning a court concession (see page 2) New Hampshire lawmakers have approved an amended sports betting bill that’s now on the governor’s desk. 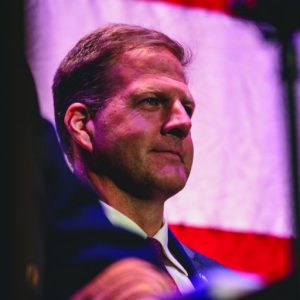 Bill H480 had been altered to require an extra layer of approval – as well as limiting the number of operators in the market to five on mobile and ten in retail. The awarding of these licences will be determined on the basis of “whose bids provide the state with the highest percentage of revenue from the sports wagering activities.”

Weirdly, land-based inplay wagering was removed from the original draft – but is allowed online.

The bill’s author, Rep. Timothy Lang, expressed his disappointment that lawmakers had opted to confine the market participants and exclude in-play in-store made. But suggested the rules could be adapted as time passes.

“I’ll take the policy win,” Lang said. “Sports betting will now be legal in New Hampshire, and we can fine-tune it down the road.” Governor Chris Sununu is sure to sign the package, having already included $10m in the state budget from betting, but could take until mid-July.

UP TO DATE
MAINE

Maine’s sports betting package was a win for the digital side of the sector. As in Illinois, Maine’s bills had been stuck in the mud. There were in fact seven, but all appeared to be going nowhere until a last minute push at the end of the legislative session. As in Illinois, a battle between the resident land-based casinos and digital sportsbooks (namely Fan- Duel and DraftKings) ensued – with the former requesting any betting bill require online operations to be tethered to land-based licences. 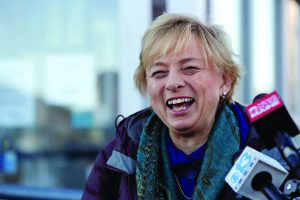 Unlike in Illinois however, lawmakers opted for a fully open market – meaning online firms can compete independently with the brick-andmortar incumbents.

Even firms with no physical presence in the state are eligible for a licence – making it one of the most liberal regimes to have regulated so far – which is especially unusual given there are 11 land-based stakeholders in this very small state.

A differentiated tax system between online and retail was adopted however, at 16 and ten percent respectively. Licences go for $20,000 a piece; no integrity fee is included, although college betting is still banned in-state. Governor Janet Mills is expected to sign any day now.

LUCKY FOR SOME
NEW YORK

The spring session brought more disappointment from New York, as lawmakers there once again failed to attach online sports betting to the limited regime that is currently in place. 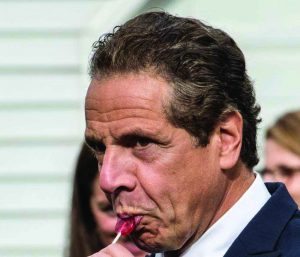 these are few and far between in New York State – and too far from the city itself (90 miles) where the vast majority of the population live.

Far closer is the state line of New Jersey, where New Yorkers can quickly visit retail sportsbooks, or even easier, just place bets on their phone across the border.

“Frankly, to be honest with you, I am tired of hearing about how well other states are doing,” said the Senate Racing Committee chairman Joseph Addabbo in an impassioned conference.

Governor Andrew Cuomo has been a major obstacle to online betting, who doubts if it is even constitutional for the legislature to simply tack mobile betting to the current law.

No one held much of a hope for Louisiana, until there suddenly was one, and then it slipped away.

The state, which fondly refers to itself as “sportsman’s paradise” has been tentatively warming up for betting on sports since a referendum last year paved the way for the 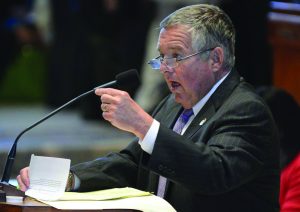 According to the state’s constitution, it would have required a referendum to be held in every parish to legislate for sports betting too – which is precisely what the one senator, Danny Martiny planned to do, after securing the approval of S 153: a limited bill to allow retail betting at the state’s 16 casinos, plus “Mississippi mobile” (online betting allowed on site). In April he managed to win the approval of the senate, but a month later members of the Appropriations Committee managed to weigh the package down, by deliberately adding a series of unfavourable expansions to it (such as allowing the state’s 2,800 video poker terminals to relicense as betting kiosks) knowing stakeholders could never support it.

“It is untenable. You have now put enough baggage on the plane it will not get airborne,” said Wade Duty, testifying on behalf of the Louisiana Casino Association. “In its present configuration, it’s not something we can support.”