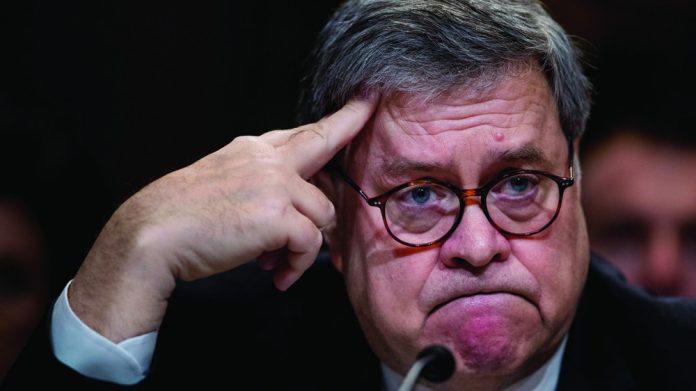 The US Department of Justice says it won’t enforce its controversial Wire Act opinion until at least 2020, after a judge in New Hampshire threw it out of court. Although states have been warned this gives no “safe harbor” for violations in the meantime.

States have won a major battle in their war with the Department of Justice, after a New Hampshire judge dismissed its opinion that the Wire Act applies beyond sports betting.

The infamous interpretation released by DoJ officials in January had left a thick cloud hanging over the future of US gaming, potentially outlawing any form of wagering whose transmissions cross state lines – from igaming to poker and even the state-run lottery sector.

The issue is still far from resolved – and in fact is likely to spend several more years in courts of appeal – but thanks to a ruling by District Court Judge Paul Barbadoro in June, states at least can put gambling policy back on the legislative agenda without fear of prosecution.

The state of New Hampshire, whose lottery commission along with its provider, NeoPollard, brought the appeal, estimated it would lose $90m in annual revenue if was forced to end lottery sales involving interstate transactions. Nationwide, social programmes rely on lotteries for billions of dollars in funding every year.

New Jersey, Pennsylvania and Michigan all backed the appeal, and within days 14 states had filed amicus briefs to challenge the DoJ.

In Barbadoro’s 60-page opinion he said that states “faced the choice between risking criminal prosecution, winding down their operations, or taking significant and costly compliance measures that may not even eliminate the threat.”

After an analysis of the legislative history of the Wire Act he found the DoJ opinion to be “mistaken”, arguing that the Congressional record “tends to subvert rather than support the Government’s interpretation of the statute.”

Essentially he concluded that the Act “applies only to transmissions related to bets or wagers on a sporting event or contest. The 2018 OLC Opinion is set aside.”

While the ruling technically only applies to the plaintiffs involved, lawyers say states can safely include the profits from lotteries in their budgets, and pursue interstate liquidity compacts as before – as long as gaming is legal in both states.

Andrew Silver, associate gaming attorney at Ifrah Law, which represents the iDEA trade group of America’s online firms, noted: “The decision represents a win not just for New Hampshire and NeoPollard, but for the iGaming industry as a whole, including iDEA’s membership.

“As a result of setting aside the 2018 OLC opinion, the status quo is restored such that the OLC’s 2011 determination that the Wire Act is limited to being applied to wagering on sporting events is once again the correct interpretation.”

The matter is far from over however. According to Anthony Cabot, leading gaming professor at the University of Las Vegas, the DOJ will likely appeal the decision to the first circuit court of appeals, “which is an unfortunate waste of taxpayer money.”

Although: “In the interim, this should quell some of the anxiety surrounding the DOJ’s precipitous and politically charged change of direction,” he assured. “Judge Barbadoro’s decision is well reasoned and written.”

While most agree that the NH ruling has “nationwide impact”, oddly the court did stop short in issuing a formal nationwide injunction that would stay execution of the opinion – leaving the door ajar for litigation being brought elsewhere.

Furthermore, the ruling still holds that sports betting is covered by the Wire Act, meaning any bets or wagers using “intermediate routing” would fall foul of federal law.

Gambling strategist Chris Grove, and managing director at Eilers & Krejcik Gaming, warned “there are still a number of federal levers that could be pulled to stymie the spread of regulated online gambling.

“That’s especially relevant if you subscribe to the narrative that the DoJ’s opinion was influenced by opponents of online gambling such as Sheldon Adelson.”

Incidentally, Sheldon Adelson’s Coalition to Stop Internet Gambling issued an ominous statement in the aftermath of the ruling, to the effect that “other jurisdictions will see this issue very differently.”

The DoJ has since announced it will no longer attempt to enforce its opinion until at least 2020. It now says it is “evaluating its options” before taking more legal action – but warns “the forbearance period is an internal exercise of prosecutorial discretion and does not create a safe harbor for violations of the Wire Act.”