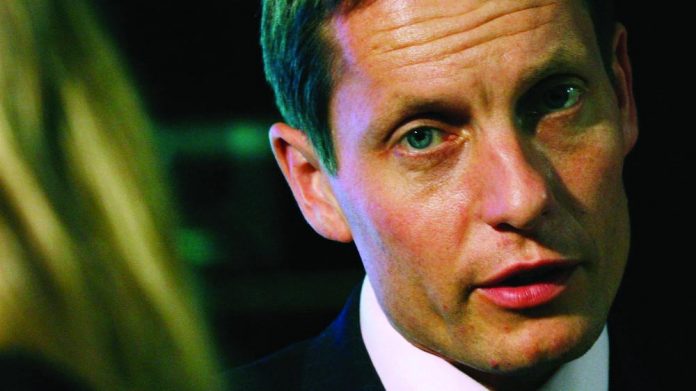 Industry observers heap the praise on former Coral boss Andy Hornby as he leaves GVC to become CEO of The Restaurant Group.

One of GVC’s most prestigious personnel, Andy Hornby, is leaving the company to become chief executive of The Restaurant Group.

Widely considered one of the industry’s top talents, Hornby has accepted the top position at The Restaurant Group which owns a number of high street brands in the UK and US, including Wagamama, Frankie and Benny’s and Chiquito.

GVC’s chief executive Kenny Alexander said Hornby had been “instrumental in the turnaround and growth of the Ladbrokes Coral businesses” over the last eight years.

“The business has genuinely been transformed under Andy and I have really enjoyed working with him, and would like to thank him for his valuable contribution to the Group.”

However, much like the retail gaming sector, tight competition along with new regulations such as higher minimum wages and business rates, are pushing firms into consolidation.

“I recognise that this sector of the market faces considerable challenges, but the Restaurant Group has a set of casual dining and pub brands that offer significant potential. I’m excited to have the opportunity to lead the team and look forward to getting out and meeting colleagues when I join,” Hornby added.

Before moving into gaming Hornby was embroiled in the controversial near collapse HBOS during the financial crisis of 2008. Having joined Halifax bank as Head of Retail, he was later appointed chief executive in 2006, when it merged with Bank of Scotland to become HBOS. He was accused during a public inquiry of “catastrophic failures of management,” but has since been rebuilding a career outside of financial services – first with a term as CEO of Boots, then Coral in 2011.

Former William Hill boss, Ralph Topping praised Hornby for playing a “huge part in the revival of Coral before the merger with Ladbrokes. He earned an MBA from Harvard Business School where he graduated top of his class of 800 students and I doubt the betting industry will see his like again.”

Topping continued: “For me a CEO is first and foremost defined by the intelligence of the team around him. Replacing a business IQ like Andy Hornby’s feels like mission impossible.”

Greg Johnson, an analyst at Shore Capital, attributed to Hornby, a stint of “best in class” revenue and profit growth during his time at the helm of Coral.

“He brings significant experience in retail, M&A integration and also new channel distribution, which will be increasingly key, especially given the acquisition of Wagamama.”