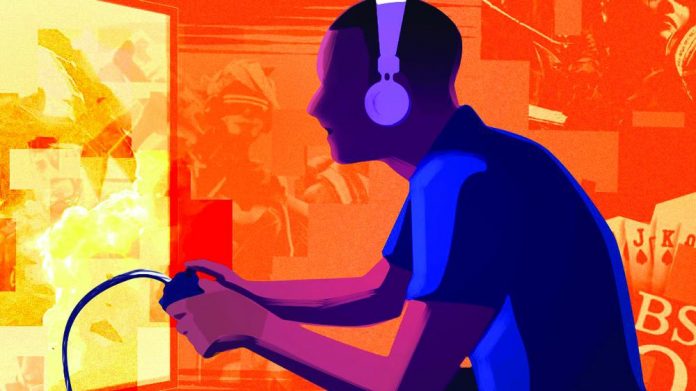 In an interview running up to the first ever ICE North America held in Boston this May, Wayne Kimmel, managing partner at venture capital platform SeventySix Capital, argues the need for disruptive thinking, how physical and digital can coexist and why esports is being built from the stadium down rather than the ground up.

2018 was a big year for anyone interested in sports betting, how do you feel the region is shaping up just 12 months after PASPA?

innovators who want to do something in a massive new market in the United States. It’s exciting because it reminds me so much of the early 90s with the birth of the internet and truly represents an opportunity for entrepreneurs, innovators and big thinkers to come into this industry and totally disrupt it. Gaming had previously been an industry just focused in Nevada, and now as the industry is scaling across the country the opportunities are seemingly endless.

Do you see more potential in land-based or digital with new entrepreneurs?

There’s certainly growth across tech but this means it’s also a key time for land based too. Our investment thesis at SeventySix Capital is all about the convergence between the physical and digital worlds so we take a holistic view to see what we believe can be done better. We’re seeing and investing in some really unique opportunities specifically with regards to data collection, data analytics and the media. As sports betting and esports continue to grow and shape themselves, we’re interested in the broadcasters and how they’re going to be describing these games differently in this new era.

Can you explain why you are investing so heavily in esports?

It’s simple really, the market continues to underestimate the volume of people who play games. If you look at social gaming, there’s a whole new world of people who the experts didn’t think were playing, we’re now seeing they were. It’s the same with esports, the sector is finally coming out of the shadows. Some super players and kids who are playing in their parents’ basements now recognise they can play in tournaments and leagues or get a scholarship to go to college by being an esports player. That’s the biggest shock for parents, when I tell parents their child can get a scholarship for esports at over 100 colleges across the US. They’ll say, ‘but my child isn’t an esports player, he only plays League of Legends.’ It’s mad! It is so new, people aren’t even aware, it’s very, very exciting.

SeventySix Capital is making waves in the amateur side of esports with N3rd Street Gamers, why so?

The professional level of esports is an incredible animal that’s growing so fast with arenas and top teams receiving huge backing from investors. Part of SeventySix Capital’s thesis is to invest in the amateur side. The exciting thing is that there’s no formal infrastructure for that side of the industry – yet. Most sports start with a grassroots effort, where it goes from the young kids and builds upwards to professional leagues. Esports started with the huge pro leagues and now we need to build the grassroots, build the little leagues, build the kids programmes, build the high school tournaments and college level. That’s the opportunity that we’re excited to be investors in. You can’t just go to your local gym and set up 12 computers and equipment and play Overwatch against each other thinking it’s esports. Just playing online is not who we are as humans, we like to be together, with our friends, our fans, and other players.

The whole sector is completely flipped compared to people’s outlook of traditional sports but it’s going to flip back the other way because it is a sport, it is a skill, it is something your parents can be proud of you for being good at and it can also be a career! We hope that similar to AAU Basketball and smaller soccer tournaments, the sector will continue to expand. That’s why we’re working with executives, influencers, and professional athletes who are helping us make this happen. We offer unique opportunities for them to invest in sports tech startups, and for entrepreneurs to access the financial and social capital that they have to offer. The grassroots side of esports is all being built by entrepreneurs right now. It’s a fascinating time and we look forward to helping build this whole thing up with support from an enthusiastic industry when we meet in Boston this month.