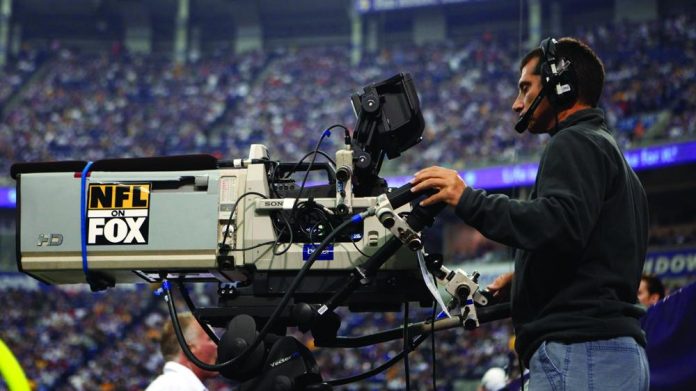 Emulating the acquisitive power of PokerStars, TSG’s new JV with Fox will see the launch of one free-to-play betting app “to build a network” across every state – and wherever legal – leverage SkyBet’s media expertise to cross-sell Fox fans into real money wagering.

After a relatively slow start, Stars Group became one of the hottest contenders in US betting virtually overnight, thanks to a revolutionary collaboration with media giant, Fox.

The 25-year strategic partnership announced in May comes a full year on from PASPA’s repeal, and will see the duo launch two apps – one free-to-play and one real-money, both under the brand Fox Bet – in time for the football season this autumn.

Having struggled to gain traction in key markets against better-known rivals such as former DFS operator, FanDuel, Stars will now stand on the shoulders of one of the biggest brands in the US. Stars share price rose 20 percent with the news.

Fox in turn will benefit from Stars expertise both in player acquisition and network-building, through the success of PokerStars; and in leveraging the power of a betting-media partnership, exemplified in the UK by Stars subsidiary, SkyBet.

“We have been working on this for a long time,” Stars boss, Rafi Ashkenazi disclosed.

“The partnership is based on creating a winning ecosystem, leveraging the proven media partnership strategy that our SkyBet business has executed in the UK.”

“More specifically, the agreement provides us with exclusive use of the FOX brand for sports betting, giving us immediate access to an iconic brand that is embedded in the US sports culture.”

Fox’s brand awareness is thought to span nearly 80 percent of the entire US market. While Stars own research suggests a whopping 27 percent of Americans would consider using a Fox-branded betting provider. “This is over 50 percent higher than the largest Daily Fantasy Sports operators and far higher than any casino brand,” Ashkenazi added.

Fox will take a material stake of five percent in Stars, for $236m, and will have the opportunity within the next ten years to buy up to a 50 percent stake in the joint venture.

The product:
One free-to-play app for player acquisition across 50 states; and a real-money wagering app where legal.

The prognosis:
Fox enjoys 80 percent brand awareness across 50 states, and who better to capitalise on it than Stars. With decades of experience in both cross-sell and media integration (PokerStars and SkyBet respectively) a Fox Bet JV will cast a long shadow…

Led by former William Hill executive, Robin Chhabra, Fox Bet will launch a free-toplay wagering app, to acquire and engage with players across every state, who can then be cross-sold into the real-money betting app, in states where betting is permitted.

“Once the state or the market regulates, we can obviously convert them into real money,” Ashkenazi explained. “Essentially, what we’re building, it’s a network, and we are just leveraging on the network effect of the freeto- play, very similar to what we’re currently doing with poker.”

Currently Stars has market access to 13 states: 11 via Eldorado, as well as Pennsylvania with Mount Airy, and New Jersey with Resorts.

And as Fox Bet CEO, Chhabra, elaborates: “Of course, with this partnership we have with somebody with the strength of Fox, clearly, we’ve become a very attractive proposition for market access partners across the US.”

The relative appeal from a licence-holder perspective is undeniable. Asides from the brand, Fox bets games will integrate into the the “sports consumption experience” delivered by Fox Sports digital and terrestrial channels.

Fox Bet will be looking primarily for recreational customers, “sports fans, who want to kind of spice up their viewing” rather than “hardcore bettors.” Part of the reason is because Stars knows just how sticky these players tend to be.

“If you look at SkyBet in the UK, 60 percent of its customers are loyal to Sky, they don’t bet with anybody else,” he said. “That’s much higher than any other operator, because they are tapping into a customer set which others can’t reach.”

Ashkenazi noted that Stars experience in media integration via SkyBet is “probably what Fox also saw in us as the competitive advantage.”

“I can’t see other operators replicating this type of structure easily. It’s probably going to take many years for them to refine it.

“So, that’s what gives us the competitive advantage and that’s why we believe we have a differentiated position.”