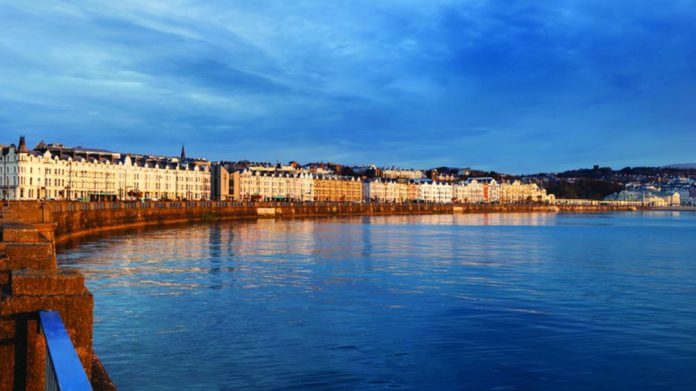 Starting with a pioneering group of tech entrepreneurs on the Isle of Man, casino aggregator Iforium – much like the gaming industry itself – has since gone global. According to CEO Phil Parry, the secret to the company’s longevity has been the ability to adapt to the changing regulatory and technical landscape, taking clients and partners with them along the way.

These days, few people in the industry can claim to have been around from the very beginning – but the team behind Iforium has done exactly that.

Back in 1999, a team of software engineers on the Isle of Man got together to work on a piece of groundbreaking new software that would allow people to place bets online, and the software they produced became the first betting-wallet wagering platform for BetInternet – one of the earliest remote sportsbooks.

At the time, major brands like Ladbrokes and William Hill had only just started considering moving into the digital sphere, and many of today’s major online forces hadn’t even registered their domain names. Eight years later, in 2006, the team reunited, and casino aggregator Iforium was born.

“If you go back to those early days it was all very much wild west: there were no rules or regulations – just software that could transact and process bets online,” explained CEO Phil Parry. “France became one of the first jurisdictions to implement regulatory requirements and licensing requirements with the founding of ARJEL in 2010, and that kind of opened up the first real set-change in terms of a software and the regulatory requirements around software, which has now mushroomed right across the sector.

“Iforium was one of the first to comply with the new licensing requirements back then, and I think the first to do it successfully.”

Over the past twelve or so years, Iforium’s casino aggregator platform Gameflex has morphed into product as large and multifaceted as the industry itself. Now, it boasts more than 8,000 games from more than 100 developers – the largest casino and games portfolio in the sector – and is licensed across twelve core markets, with more than 40 languages and 60 supported currencies on offer.

As early adopters of the new regulatory frameworks springing up across Europe, Iforium has worked hard to keep pace with the rate of change and develop its aggregation platform in conjunction with new regulations. A million miles away from the wild west of the early 2000s, the challenge for today’s operators is to identify the markets that are still profitable and find ways to negotiate the complex web of rules and specifications required of them at every turn.

“Each time we enter a new market or there’s a new regulatory change, the key is having a system, an architecture, that can permit that change,” said Parry. “What we’ve been doing over a number of years is trying to take a level of control over all of these different elements involved in multiple platforms and content providers who are all trying to solve the same problem.

“As an aggregator, our objective and our belief is that if we can provide a significant level of control over that process by innovating in our own platform, it’s quite compelling for our supplier and also the operator, because Iforium and its systems can deliver against the regulations.”

Since adapting its strategy to comply with France’s new regulatory body almost ten years ago, Iforium has been unequivocal about its strong focus on regulated growth markets, moving rapidly into jurisdictions such s Estonia, Denmark, Spain, Romania and the UK, with the United States currently on the horizon.

While keeping an eye on the global picture, the company continues to seek out exciting new content deals while nurturing and maintaining its existing partnerships. With the industry innovating at a rapid pace, there is constant pressure to broaden its portfolio of products and partners, reflecting both the appetite for new formats and the continued popularity of major names in the sector.

“Content partnerships are vitally important to us – not just new ones, but the ones we already have, which have taken time to build up,” said Parry. “I think we have a fantastic relationship with our partners who produce the content, and I think they also appreciate Iforium as a partner, because we sometimes push them to make enhancements or changes to their solution to make life easier for everyone.”

According to Parry, the globalisation of the industry has raised interesting questions about the type of content being demanded: with niche games still enjoying mass popularity in local regions, the key, once again, is adapting to the demand.

“In many cases, we’re trying to achieve the right partnerships to reflect our diverse client base,” explained Parry. “You’ve got the major brands who are widely adopted right across the sector in literally every jurisdiction, but then you also have small boutique content, niche content, like dice games in Belgium and basic slot machines in some of the more central eastern European countries, which are massive.

“That’s why we’ve got so much differentiation within the portfolio, far more localisation in the portfolio, and why we’re also looking at different game verticals. It’s not just about slot machines – we also touch live dealers, we’ve touched virtual products, we carry a lot of skill-based games, video-based games, lottery-based games. It’s a case of looking more across a wider stack of our portfolio to offer different things in differing areas based on what our clients are looking for.”

Right now, as always, the team is juggling a multitude of projects, from adapting Gameflex to the bourgeoning US market, to developing the data analytics side of the platform to add value for operators, and even managing to an average of two new content partnerships per month.

Iforium may have come a long way over the past thirteen years, but its team have remained based on Isle of Man and continue to play an important role in the Island’s egaming community.

“I don’t see a truer Isle of Man story than Iforium: the founding team were born Manx, the majority of people we employed initially are Manx, the company was set up here, and it’s been involved in the gaming space on the Isle of Man since 1999,” said Parry. “I think to have that longevity in terms of a supplier is incredibly powerful, because if you haven’t been on that regulatory journey since its inception, you would be at a disadvantage.”